Hasbro plunges 17% after getting hit hard by tariffs 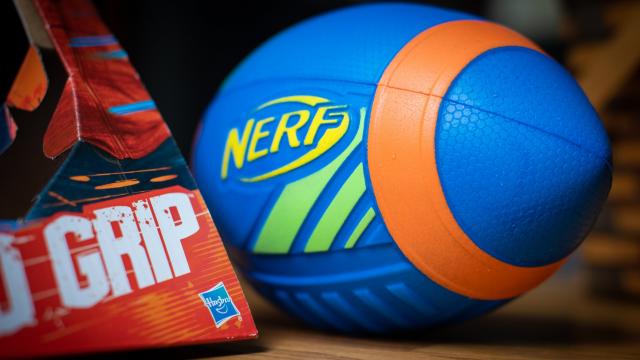 CNN — The Force and Frozen couldn't save toy maker Hasbro from the US-China trade war.

Hasbro shares plunged nearly 17% Tuesday after the company posted sales and earnings that missed forecasts, due in large part to tariffs on its products -- despite strong sales of toys tied to top Disney movie franchises. It was the worst one-day drop for Hasbro since December 2000.

"The threat and enactment of tariffs reduced revenues in the third quarter and increased expenses to deliver product to retail," said Brian Goldner, Hasbro's chairman and CEO in a statement.

Hasbro added that the company was forced to post higher shipping and warehousing expenses as retailers shifted the timing of their orders as a result of tariffs.

The company's overall results also were dragged down by weaker sales of core Hasbro franchises such as Nerf, My Little Pony and Play-Doh. These are part of Hasbro's Franchise Brands unit, its biggest in terms of revenue. Hasbro also reported flat sales growth in the unit that includes toys for younger kids, including Power Rangers, Playskool and Mr. Potato Head.

At the same time, Hasbro said it is seeing strong demand for toys tied to the films "Frozen 2" and "Star Wars: The Rise of Skywalker." Both Disney movies are expected to be enormous box office hits during the holiday season, suggesting that the company could bounce back in the fourth quarter.

That helped lead to a 40% jump in sales from Hasbro's partner-branded toys segment. Disney also gave Hasbro a lift with toys for Marvel's Avengers and Spider-Man franchises as well as from "Descendants 3" -- the latest movie in the popular Disney Channel series.

Hasbro recently bought Canadian studio Entertainment One for $4 billion, which will further bolster its presence in the pre-school market. Entertainment One (eOne for short) produces the popular Peppa Pig and PJ Masks television shows.

Shareholders approved the eOne deal earlier this month and Goldner said Tuesday that Hasbro hopes to finalize the purchase before the end of the year.

The clunker of an earnings report -- just before the Christmas shopping season kicks into high gear -- threatens to derail what has been a strong year so far for Hasbro.

Prior to Tuesday's earnings release, the stock was up nearly 50% in 2019 -- easily outpacing the gain of Mattel. Both toy companies had seemingly turned a corner after the bankruptcy and subsequent closing of Toys "R" Us last year eliminated one of their biggest customers and hit their sales.

Hasbro and Mattel have bounced back since then and have increased their presence at other top retailers such as Amazon, Walmart and Target. But tariffs could still wind up being the Grinch that steals Christmas sales for both toy companies this holiday season. Mattel reports its third quarter results on October 29.