Harvey Weinstein Makes an Email Plea: ‘I’ve Had One Hell of a Year’ 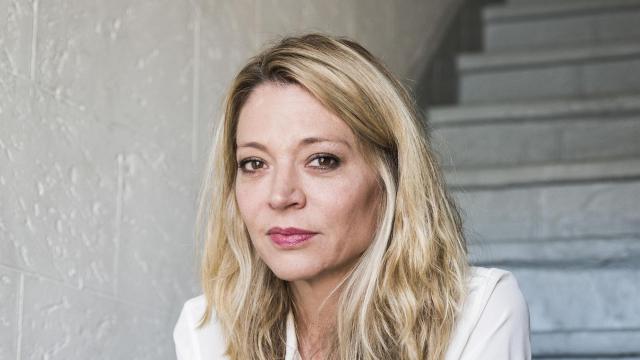 By Elizabeth A. Harris and Jan Ransom, New York Times

Most people facing trial hunker down and keep quiet, afraid that speaking out might anger the judge or result in their words being used against them in court.

Keeping quiet does not appear to be Harvey Weinstein’s strategy.

“I’ve had one hell of a year,” began an email Weinstein wrote on Monday from his personal email address. “The worst nightmare of my life.”

The message, which went on to criticize police investigators, quickly leaked out in Hollywood, drawing a torrent of outrage from women who have accused Weinstein of harassment or assault, and from many others.

His lawyer, Benjamin Brafman, said the email had been sent by Weinstein to several close friends. But whomever the intended audience was, it dovetailed with his team’s aggressive push to get Weinstein’s side of the story into the public conversation at a delicate time, as the criminal case against him is fraying.

For several months, Weinstein’s lawyers have waged a campaign to discredit Weinstein’s accusers and weaken the sexual assault case brought in May by the Manhattan district attorney’s office. They have released emails between Weinstein and a woman who accused him of rape and said the emails suggested the relationship was consensual.

In October, a judge dismissed the charge related to one of Weinstein’s accusers, Lucia Evans, after it was revealed that the lead detective, Nicholas DiGaudio, had withheld information that he obtained from a witness who provided a conflicting account.

Weinstein, who has said all of the encounters were consensual, still faces charges related to two women, and Brafman has asked the judge to dismiss those as well.

As a legal matter, it will be hard for Brafman to get all the charges dismissed. But he, along with Juda Engelmayer, a crisis communications veteran Weinstein hired, have been vigorously pushing the idea in news conferences and in private conversations with reporters that Weinstein has been treated unfairly. It is part of a strategy to counteract the tsunami of negative publicity about Weinstein during the past 14 months, as more than 80 women, including many famous actresses, accused him of sexual harassment or assault.

In an interview Wednesday, Brafman said he had an “obligation to level the playing field.”

“We are getting killed by people writing articles, books and creating a sensation out of a case that has been in shambles,” he said. “It’s part of my job to defend Harvey in the public arena where unfortunately the case is being litigated, and in the courtroom. I have a defense strategy; it is not a media strategy.”

Brafman and Engelmayer said they were not aware Weinstein sent the email until after it was done. (Weinstein referred questions to Engelmayer.) But Weinstein’s short email hit the same themes that his legal and public relations teams have been making.

“As you can see from these articles,” Weinstein wrote, linking to several news stories, “the police have played a very difficult role in my investigation.”

He added, “The articles are self explanatory, but I’d like to speak to you on the phone if you have some time. There is more to this story ... I appreciate your confidentiality.

“Have a read of these articles,” the email continued. “I wish I didn’t have to ask, but I’d be very appreciative of your time. Best, Harvey.”

People involved in the Time’s Up initiative, which was begun by women in Hollywood to fight sexual harassment, said the email was being widely circulated. The first line in particular, where he talked about his year and his nightmare, has provoked real anger, they said.

“It’s all about him,” said Katherine Kendall, an actress in the movie “Swingers” and one of the first people to publicly accuse Weinstein. Kendall told The New York Times last year that Weinstein, while naked, chased her and blocked her from leaving his apartment.

“He knows how to run a marketing campaign, that’s for sure,” Kendall said, noting that Weinstein had invented the modern concept of an Oscar campaign.

Jonathan Rosen, a co-founder of the strategic communications firm BerlinRosen, said that Weinstein’s overall approach did not appear to be about trying to redeem his public image. Instead, Rosen said, it seemed to be about creating doubt in the minds of future jurors about how the authorities handled the case, and about putting pressure on prosecutors. (Weinstein is not among Rosen’s clients, he said, and he has declined to represent people accused of similar misconduct in the past.)

“This is not a reputation management strategy; this is a loss of liberty and avoidance of prison strategy,” Rosen said. “These are very specific attempts to discredit what seems to be, at the very least from what I’ve read, real mistakes that were made.”

Rosen called this approach “totally unorthodox” but said that given its enormous visibility, so is the case itself.

Asked if he would advise a client to send an email like Weinstein did, Rosen said, “No, absolutely not.”

Brafman said that the email had been sent to a “handful of close friends” and that it was not part of any legal strategy.

“The emails from Harvey have to be viewed from the perspective of someone who is very distressed,” Brafman said. “It’s him asking for help. This was not an aggressive move by Harvey Weinstein.” It was unclear whether the Manhattan district attorney’s office would, or could, seek a gag order limiting public statements by the Weinstein team. A spokesman for the office, Danny Frost, declined to comment Wednesday.

So what would happen if the case really did fall apart? Would this longtime overlord of Hollywood have a chance at a comeback?

Rosen, for one, said he could not imagine it.

“There is a real difference between trying to prove prosecutorial misconduct or malfeasance by detectives and being acquitted, versus convincing the world you’re a good person,” he said. “I think we’re long past the latter.”