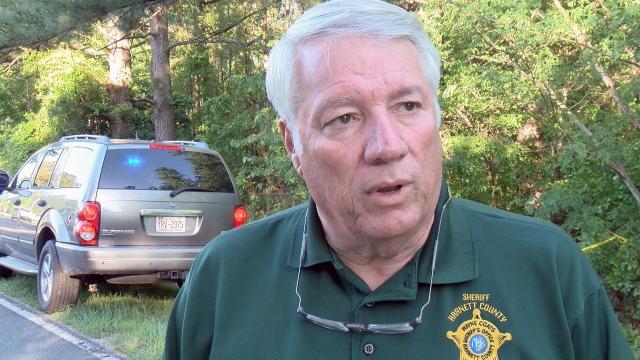 Raleigh, N.C. — Attorneys with the Harnett County Sheriff's Office told a federal judge this week they trust the court to use its own discretion in deciding what records to keep secret in a lawsuit against the agency over excessive use of force.

A group of media organizations including WRAL News filed a motion last month opposing efforts by the sheriff's office to keep deposition transcripts, exhibits and other discovery material off limits to the public in the suit, which alleges Harnett County deputies have engaged for years in a pattern of wrongful conduct ignored by former Sheriff Larry Rollins and his successor, Wayne Coats.

The six Harnett County residents who filed the suit in U.S. District Court in November 2016 include the mother of 33-year-old John Livingston, the man shot and killed on the front porch of his Spring Lake home by a deputy in 2015.

News organizations argued there was no compelling need to seal documents in the case and overcome the presumption that court proceedings are public.

But in its filing dated April 8, lawyers with the sheriff's office pushed back against allegations that they were trying to "convert the court to a private tribunal."

They pointed to both an existing court order in the case and state laws that exempt certain confidential documents, like personnel records, from public disclosure. Their motion to seal was also an effort to prevent disclosure of plaintiffs' private information, including medical records, lawyers said in the filing.

The filing notes particular concern about records from the State Bureau of Investigation.

"These documents were obtained by both Plaintiffs and Defendants with assurances made to the SBI and the District Attorney's office that efforts would be made to maintain the confidentiality of these materials," lawyers wrote.

Media groups said in their filing last month that any effort to keep records secret in this case should be carefully weighed against the public's interest – an especially high bar given the involvement of a government agency.

Attorneys for the Harnett County Sheriff's Office say they agree. But they have do have a duty to make an argument for the confidentiality of some records and let the judge make a decision accordingly.

"In short, Defendants trust the Court will exercise its discretion in ruling on the motion for leave to file under seal, and that Defendants' good faith efforts to comply with North Carolina law and this Court's order will not be viewed by the Court as somehow nefarious," lawyers wrote.