Lillington, N.C. — The Rev. Pat Chisenhall’s calls to 911 on the day he shot and killed his son-in-law were dissected one sentence fragment at a time Friday in the wrongful-death civil trial against the Harnett County minister.

Rebecca Ugolick, a lawyer for the family of Christian Griggs, sparred with Harnett County 911 communications manager Dianne Raynor over what words were captured in the recordings of the calls.

Did Chisenhall tell the 911 operator that Griggs “fell back” through a broken window after he was shot? Or that he “jumped back"?

Did Chisenhall say he locked the door to the house to keep Griggs out? Or that his daughter Katie, who was then married to Griggs, did?

The exchange was interrupted at one point by Harnett County Superior Court Judge Beecher Gray, who said he’d noticed the witness frequently looking to Chisenhall’s defense attorney as though for cues.

“Take your cues from yourself, not someone else,” Gray admonished Raynor.

To which attorney Robert Levin replied, "I've never met this witness before, Your Honor."

Friday was the fourth day of trial in the wrongful-death case, which Griggs’ parents, Tony and Dolly Griggs, filed against Chisenhall in 2015.

Chisenhall shot Christian Griggs to death at his home in Angier in October 2013, and told authorities he did so in self defense. He has said he shot Griggs as Griggs was breaking in through a living-room window.

After the 911 calls were played in their entirety, Ugolick began to question Raynor about what could be heard on the recordings, with Raynor repeatedly saying she didn’t hear what Ugolick did.

In one portion of the recording, two people can be heard on the phone with the 911 operator -- Chisenhall and Christian Griggs.

Ugolick asked Raynor if she had heard Griggs say “give me my kid.”

Raynor said all she heard was “kid.”

Ugolick asked Raynor if she heard Griggs say, “How are you not going to let a father be with his child?”

She wouldn't acknowledge that the sound of traffic on the recordings was in fact cars passing by or that, as Ugolick suggested, whoever was holding the phone had to be outside for the phone to pick up the sound.

Neither the Harnett County Sheriff’s Office nor district attorney filed charges against Chisenhall, saying the shooting was covered by the North Carolina Castle Doctrine law, which allows legal occupants of homes, businesses or vehicles to use deadly force to defend themselves against intruders.

Presumption of Fear, the full series

It grants the shooter the “presumption of fear” -- meaning, in a civil lawsuit, that it is up to the plaintiff to prove that the shooter had no reason to fear for his or her life or serious injury.

The law and the lawsuit were the subject of a WRAL investigative series called Presumption of Fear, which was published online and aired on television last week.

The Griggs family disputes Chisenhall’s allegation that Christian Griggs tried to break into his home. And they argue that Chisenhall went further than the law allows, continuing to shoot after Griggs had been disabled.

Griggs was shot six times -- once each in the stomach and shoulder and four times in the back.

At the time of the shooting, Griggs was married to Chisenhall’s daughter Katie. They two were separated and were in a dispute over the custody of their daughter Jaden. 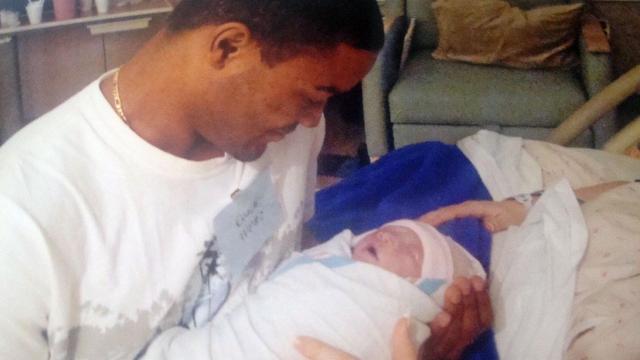 The Griggs family says Christian went to the Chisenhall house that Saturday morning to pick up Jaden for a scheduled weekend visit.

The Chisenhall family has not addressed the custody issue.

Levin, Chisenhall’s attorney, then asked Judge Gray to dismiss the Griggs family’s lawsuit, saying the Griggses had not proved their case. That is a standard argument and request when a plaintiff concludes his or her case.

Levin said the Griggses’ attorneys, Ugolick and Robert Jessup, had failed to show that Chisenhall was not in fear for his life. In fact, he said, testimony that Griggs was suffering from PTSD and receiving $1,600 a month in military disability pay supported the possibility of Chisenhall fearing Griggs.

Griggs served in Iraq while he was in the Army and was part of a convoy that was hit by a roadside bomb that killed two of his colleagues.

Gray denied Levin's request, and the trial proceeded to the defense portion.

Gray blocked Levin from calling an expert witness he had hired, Emanuel Kapelsohn, a use-of-force consultant fom Philadelphia. Kapelsohn's website says he has been "a firearms, tactics and use of force expert in trials across the nation, defending use of force cases in federal and state courts, in both civil and criminal trials." It notes that he has testified for plaintiffs, also.

Levin questioned Kapelsohn while the jury was out of the room, to preview for the judge the testimony he would have given. Levin said Kapelsohn would not talk about medical aspects of the case.

Under oath, Kapelsohn said he had reviewed the evidence in the case and concluded that the shooting could have happened as Chisenhall described – from inside the living room, through a broken window, hitting Griggs in the stomach, shoulder and back.

He said an average healthy person could fire a .22-caliber semiautomatic rifle – the gun Chisenhall used – as many as five times in a second. A wounded person can turn around in as little as half a second, he said, so it was possible that Griggs had spun around as he was being shot – a sequence of events that could have happened in less than two seconds.

Chisenhall, who was diagnosed with post-traumatic stress disorder after the shooting, has said that he cannot remember shooting Griggs.

He testified earlier this week that his clearest memories were of the look of fear on his daughter’s face and the “monstrous rage” he saw in Griggs. His memory stops, he said, at the point of a window in his living room being shattered.

Retired Harnett County Det. Hal Stroud, who was one of the investigators on the scene, said – after a very long pause and in response to a question from Ugolick – that he could not recall another situation in which the person firing the weapon did not remember the shooting.

Stroud also testified that when he first entered Chisenhall’s house on the day of the shooting, he saw broken glass scattered around the living room and one window “smashed in.” 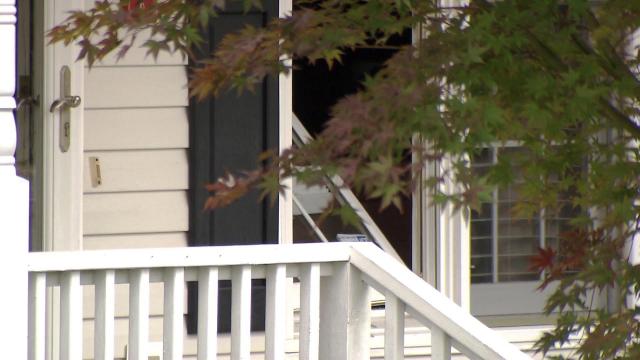 Christian Griggs’ father, Tony Griggs, has said he saw no signs of broken glass or of an altercation when he found his son lying face down and bleeding on Chisenhall’s front porch.

The Griggs family originally asked for compensatory damages – in effect, the amount of money Christian might have earned had he lived – and punitive damages of $250,000. Shortly before the trial began, they dropped the request for punitive damages.

Because they filed the lawsuit on behalf of the legal estate of Christian Griggs, any money a jury might award would go to his and Katie's daughter, Jaden.

The trial is scheduled to resume on Monday, Tuesday if the courthouse closes due to expected severe weather, and to last into the middle of next week.

CLARIFICATION: A previous version of this story stated that Pat Chisenhall made three calls to 911 on Oct. 12, 2013, a number lawyers referenced during the trial. Chisenhall made two calls to 911, but a brief interruption in the second call caused the 911 recording system to break the recording into two files, which constituted two parts of the same call.