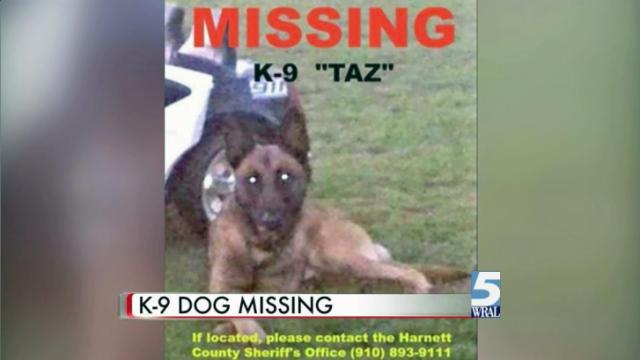 Broadway, N.C. — The Harnett County Sheriff's Office is asking for help finding one of its K-9 officers after it wandered away from its residence on Tuesday around 5:15 p.m., according to a Facebook post by the office.

The K-9, named Taz, was last seen near the intersection of Cool Springs Road and Holly Springs Church Road in Broadway, near Sanford. The K-9 is a male Belgian Malinois, tan in color, with a silver chain collar.

Taz is trained in narcotics detection but has not been trained in aggression work. He has been microchipped and neutered.

Anyone with information about the missing K-9 is asked to called the Harnett County Sheriff's Office at 910-893-9111.