Cameron, N.C. — A small-town church in Harnett County was vandalized with a swastika, an anarchy symbol, anti-gay messages and one reference to Black Lives Matter.

"We are praying for whoever did this to our little church, and we forgive you," he wrote. 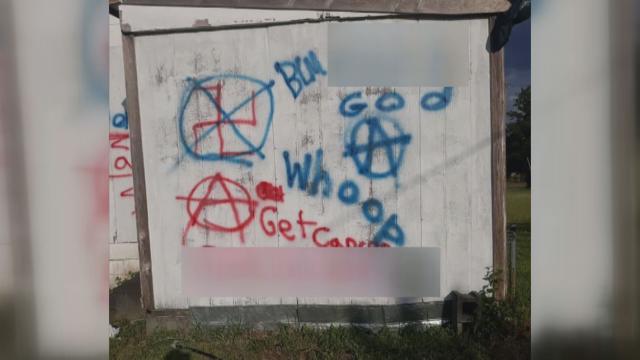 Both the pastor and Harnett County Sheriff Wayne Coats said there is likely no connection with this graffiti and the Black Lives Matter movement.

"It's kind of really crazy because we know it's nobody we know," Howard said. "Because they would know we are a multicultural church, and so it's sad."

"It was disheartening at first when you get that call," Howard said. "No pastor wants to get that call, that your church has been vandalized." 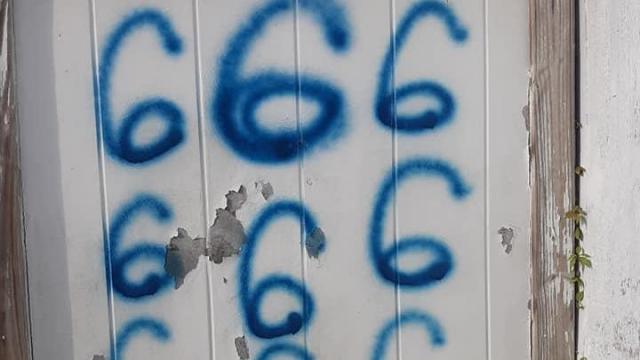 Coats his office was looking for the person who vandalized the church.

"It sickens my stomach," Coats said.

Right now, the crime is being labeled as a destructive damage and vandalism crime.

"It certainly looks like a hate crime," Coats said. "We don't have any surveillance."

Whoever committed the crime did not break into the church.