Hard drugs 'pervasive' in some fraternities; 21 charged with links to UNC, Duke, App

Hillsborough, N.C. — Federal prosecutors and local law enforcement announced a bust Thursday of a drug trafficking ring that funneled more than a thousand pounds of marijuana, hundreds of kilograms of cocaine and other drugs throughout the campuses of the University of North Carolina at Chapel Hill, Duke University and Appalachian State University.

More than $1.5 million in drug sales were made from 2017 to 2020 by the defendants, according to court records.

Matt Martin, U.S. attorney for the middle district of North Carolina, and Orange County Sheriff Charles Blackwood expressed surprise and dismay at the amount of narcotics being moved on college campuses and the attitude of those involved.

The investigation "unfolded unlike any other case I have seen," Blackwood said.

Given "the brazen attitudes" of those involved and "the casual use of high volumes of drugs," Blackwood said, it was not very hard to see what was going on.

"The distribution of hard drugs was pervasive in and around certain fraternities," the U.S. Department of Justice said in a statement.

The investigation began at the local level, with the Orange County Sheriff's Office. Court filings allege illegal drug activity within the UNC chapters of Phi Gamma Delta, Kappa Sigma and Beta Theta Pi fraternities occurring between 2017 and the spring of 2020.

When the scope of the problem became clear, other local and federal law enforcement agencies got involved.

Of the 21 people charged, "many are either current or former students," Martin said. A few of them are from Duke, a few at App State and "the majority at UNC."

UNC Chancellor Kevin Guskiewicz said in a statement that none of the charged individuals were current students.

"We are extremely disappointed to learn of these alleged actions on our campus. The university is committed to working with law enforcement to fully understand the involvement of any university individuals or organizations so that disciplinary action can be taken," Guskiewicz said. 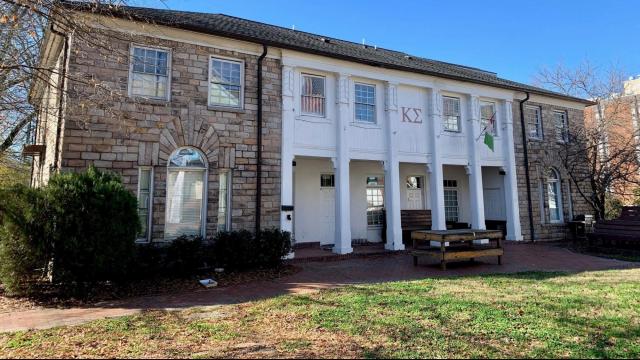 One cooperating defendant said that he felt safe about the drug deals because most transactions took place at a fraternity house behind closed doors. Another defendant also stated that most drug transactions occurred around fraternity events, and that bigger events required larger amounts of narcotics.

"The Fraternity does not tolerate the possession, sale, distribution or use of illegal substances and holds its chapters to high standards in maintaining a safe environment for all students. We are working in tandem with our undergraduates, volunteers and UNC administrators to determine next steps and will take appropriate action as new information becomes available."

Delta Chi told WRAL News that the international fraternity headquarters"is aware of the charges" which include "a now-alumni member" of the fraternity who has not been active in the organization since January.

"Currently, we are not aware of any allegations against current undergraduate members of the Appalachian State Chapter of Delta Chi but will investigate further," fraternity leadership said in a statement.

Charles Poindexter, of Chapel Hill, who was charged in the investigation, told a federal agent that half of the drugs bought and sold at UNC were paid for using cash and the other half through the money transfer app Venmo, according to court documents.

Poindexter, who is a member of Phi Gamma Delta, also said all 22 members of his fraternity pledge class "went in" to purchase an ounce of cocaine for spring break during his sophomore year.

Martin said the defendants used encrypted apps and electronic payment methods like Venmo and PayPal and laundered their proceeds, which exceeded $1.5 million, he said. Court documents say students using the app would often write code words such as "rent," "Coachella" and "LV bag" in it's "What's this for?" section.

Court documents say the drug traffickers utilized the postal system to transport drugs from California to North Carolina. They would also ship payment through the mail by taking apart common household appliances, like a toaster, and hide bags of vacuum-sealed cash inside.

Traffickers would also rent cars, and stuff them with money and drive to California for drugs, according to court records.

An informant told the DEA that Duke student Amber Johnson distributed cocaine to students at Duke and to fraternity members at UNC-CH.

Kyle Beckner, an Appalachian State student and member of the Delta Chi fraternity, told one defendant who cooperated with the investigation that his dad, who lives in Virginia, let him grow mushrooms and pot on his land and that his dad was "cool with it," the criminal complaint against him says.

When asked about the investigation, Appalachian State provided WRAL News with the following statement.

"Appalachian State University is fully cooperating with this investigation. We have no on-campus fraternity houses, and we report bi-annually on the status of recognized fraternities and sororities. You can find the latest information here. We are committed to providing a safe campus, and will continue our work with education and prevention, as well as utilizing student conduct and law enforcement processes, to do so."

Beckner's fraternity, Delta Chi, is on university probation and social restriction through August 2021 for parties in the fall semester that violated the statewide, coronavirus limits on large gatherings. 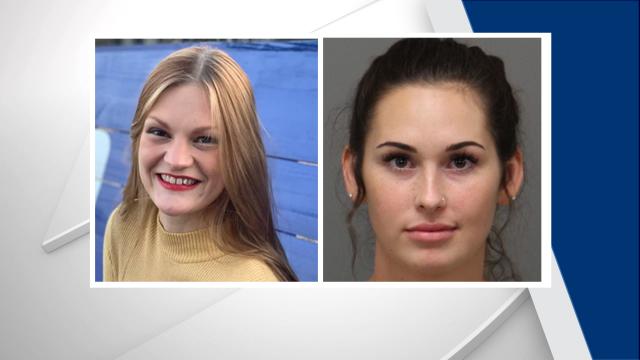 Another eight were charged over the past six months with conspiracy to distribute cocaine: 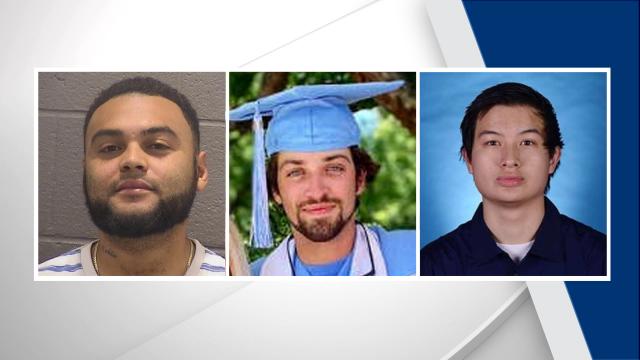 Seven others face a variety of charges:

The Department of Justice identified one primary supplier as Francisco Javier Ochoa Jr., 27, of Turlock, Calif. According to court documents, Ochoa supplied approximately 200 pounds of marijuana and two kilograms of cocaine each week to another one of the defendants for sale at UNC's Kappa Sigma and Beta Theta Pi houses. He was also a distributor of drugs to Duke students.

Kappa Sigma said in a statement that they were "greatly concerned about the allegations in North Carolina. Any allegations that violate our Code of Conduct will be investigated through internal membership conduct procedures, and those who violated our standards will be held accountable."

Ochoa pleaded guilty and has already been sentenced to six years in prison.

In addition to Ochoa, seven others have already pleaded guilty to some of the charges against them.

Based on their charges, criminal histories and level of cooperation with the investigation, those charged could face minimum mandatory sentences of five to 10 years, with possible sentences of up to life in prison.