Gasps in Courtroom as Hannity Is Named as Cohen's Secret Client 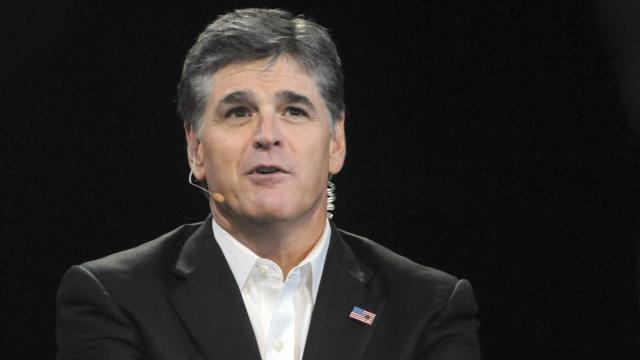 NEW YORK — From his Fox News pulpit, Sean Hannity has been one of the most ardent supporters of President Donald Trump, cheering his agenda and excoriating his enemies.

He has gone from giving advice on messaging and strategy to Trump and his advisers during the 2016 campaign to dining with him at the White House and Mar-a-Lago.

Now, Hannity finds himself aligned even more closely with the president.

During a hearing at a packed courtroom in Manhattan on Monday, he was named as a client of Trump’s longtime personal lawyer and fixer, Michael D. Cohen.

Trove Seized, But Who Gets First Glimpse?

That revelation nudged the conservative commentator into the orbit of those who have lately come under legal scrutiny related to the investigations of Trump and his associates by the special counsel, Robert Mueller, and the U.S. attorney’s office in Manhattan. Both inquiries have provided fodder for Hannity’s prime-time cable show and nationally syndicated radio program.

The host’s closeness with the president may not sit well with media watchdogs, but the cozy relationship has been good for the Hannity business: “Hannity” is the most-watched cable news program, averaging 3.2 million viewers in the first quarter of 2018, up from 1.8 million in the early months of 2016.

The courtroom disclosure about Hannity occurred during the expanding criminal investigation into Cohen by the U.S. attorney’s office in Manhattan. FBI agents raided Cohen’s home, office and hotel room on the morning of April 9, a move that Trump called an “attack on our country.”

In a legal filing before the hearing Monday, Cohen said that, since 2017, he had worked as a lawyer for 10 clients, seven of whom he served by providing “strategic advice and business consulting.” The other three comprised Trump, the Republican fundraiser Elliott Broidy and a third person who went unnamed. 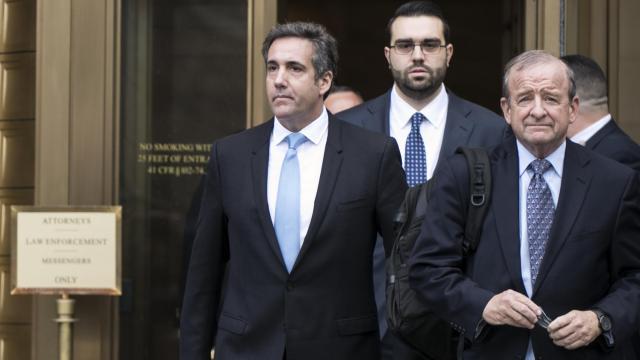 The mystery was solved when Kimba M. Wood, a judge for the U.S. District Court for the Southern District of New York, ordered that Cohen’s lawyer, Stephen Ryan, disclose the name of the client in question — who turned out to be Hannity.

Hannity denied on Monday that he was a client of Cohen’s, saying that he had never paid him for his services and that his discussions with him were brief and centered on real estate.

The surprise naming of Hannity took place after several minutes of back and forth among government representatives, members of Cohen’s legal team and Wood.

Before the name was revealed, Ryan argued that the mystery client was a “prominent person” who wanted to keep his identity a secret because he would be “embarrassed” to be identified as having sought Cohen’s counsel. 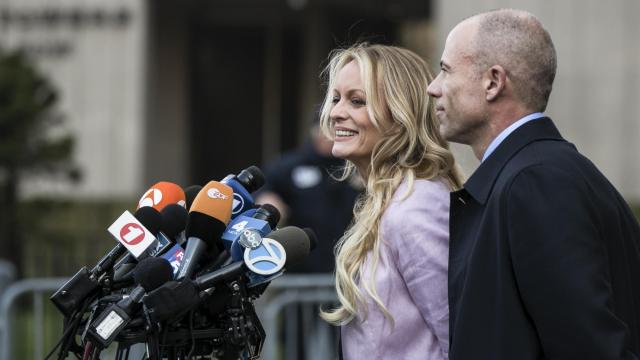 Robert D. Balin, a lawyer for various media outlets, including The New York Times, CNN and others, interrupted the hearing to argue that embarrassment was not a sufficient cause to withhold a client’s name, and Wood agreed.

After Hannity was named, there were audible gasps from the spectators.

The hearing Monday resulted from a challenge by Cohen’s lawyers, who argued for the appointment of a “special master” to examine the records seized during the federal raid on April 9. The exact nature of Cohen’s work for Hannity is unclear.

On Fox News, anchor Shepard Smith reported that his colleague had been named as a client of Cohen’s, saying that it was time for him to address “the elephant in the room.”

At roughly the same time, Hannity, on his radio show, said it was strange to see his name appearing on Fox News and wondered aloud if he should release a statement.

Just before 4 p.m., he posted a message on Twitter: “Michael Cohen has never represented me in any matter. I never retained him, received an invoice, or paid legal fees. I have occasionally had brief discussions with him about legal questions about which I wanted his input and perspective.”

In a follow-up tweet, Hannity added, “I assumed those conversations were confidential, but to be absolutely clear they never involved any matter between me and a third-party.” The reference to a third party seemed to be an allusion to one of Cohen’s specialties: drawing up confidential settlements. The lawyer has acknowledged paying $130,000 to Stephanie Clifford, an adult-film actress known as Stormy Daniels, as part of a nondisclosure agreement to secure her silence soon before Election Day in 2016.

Last week, it came to light that Cohen had arranged for Broidy to pay $1.6 million to a former Playboy model, Shera Bechard, who became pregnant during an affair with Broidy. After the confidential deal became public, Broidy resigned from his post as a deputy finance chairman of the Republican Party.

Fox News declined to comment beyond Hannity’s statements. On his prime-time show on Monday night, Hannity seemed to suggest that he had not disclosed his link to Cohen to his network, saying, “My discussions with Michael Cohen never rose to any level that I needed to tell anyone that I was asking him questions.”

On April 9 — the night of the FBI raids on Cohen — Hannity, in high dudgeon, opened his show by telling viewers to “keep in mind that Cohen was never part of the Trump administration or the Trump campaign.”

“This is now officially an all-hands-on-deck effort to totally malign and, if possible, impeach the president of the United States,” the host added.

Without mentioning his relationship with Cohen, he continued, “Now, what that means is, Mueller’s witch-hunt investigation is now a runaway train that is clearly careening off the tracks.”

There is on-air evidence that Hannity and Cohen go way back. In January 2017, shortly before the inaugural, Cohen was a guest on Hannity’s radio show. The host described him as Trump’s lawyer and then added, “Also, full disclosure: a personal friend of mine, long before this election ever started.” Cohen shot back, “Well, there goes my reputation now, Sean.”

The chummy conversation took place shortly after the so-called Steele dossier suggested that Cohen had visited Prague, a claim that Cohen has denied. Amid guffaws, Hannity discussed Cohen’s alibi — that he had taken his 17-year-old-son to Los Angeles to meet with a baseball coach.

Before the chat was done, Cohen thanked Hannity, saying, “Sean, I got to be honest, in all fairness, you have been a beacon for Mr. Trump, for the campaign. It’s very rare that people thank you, because everybody is so busy, especially now with the transition. But on behalf of, obviously, Mr. Trump, the campaign, myself — you actually deserve a thank you.”

Amid the banter, the two mentioned talking with each other during late-night phone calls and discussed how Trump’s enemies would be gunning for him after he took the Oval Office.

“You and I have discussed this — they are going to try to destroy Donald Trump,” Hannity said.

Many years before Trump was a candidate, Hannity was there for him. In 2011, when Trump was making the media rounds to promote a false conspiracy theory — the so-called birther theory — that President Barack Obama had not been born in the United States, Hannity gave him a forum on his radio and television shows. Years later, his enthusiasm had not cooled. “I’m not hiding the fact that I want Donald Trump to be the next president of the United States,” Hannity told Jim Rutenberg of The New York Times during the summer of 2016. After all, the Fox News host added, “I never claimed to be a journalist.”

As Election Day drew near, other conservatives turned their backs on Trump after the posting of an “Access Hollywood” tape, during which the candidate rudely boasted of “grabbing” women by the genitals. That’s when Hannity sealed his bond with Trump by committing even more fully to him. Although conceding that Trump’s “words” were wrong, he quickly changed the subject to Bill Clinton, adding that the former president’s “actions” with women were “far worse.”

On “Hannity” on Monday night, the Fox host offered a welcome “to all you liberals in the media and across America” who do not normally tune into his show, and went on to denounce the media speculation over his link to Cohen as “absolutely insane.”

To demonstrate this, Hannity aired a montage, culled from Monday’s television coverage of cable news hosts saying his name over and over again. It lasted for 46 seconds.

Hannity did face an unexpected challenge from one of his guests, the lawyer Alan Dershowitz, who unexpectedly told the host that it would have been “much, much better” to disclose that he was a Cohen client.

And when Laura Ingraham — who follows Hannity at 10 p.m., and recently faced an advertising boycott — appeared for the usual banter between hosts, she sent a somewhat barbed joke his way.

“I’m glad for like a millisecond,” Ingraham said, “that the heat’s off me and on you.”