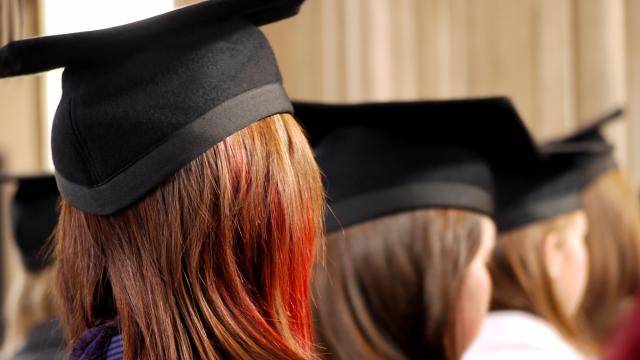 High school seniors in North Carolina don identical caps and gowns or, this year, received the same congratulatory yard signs. But all students are not treated equally when it comes to continuing their education. No matter how great their academic success nor how deep their community ties, North Carolinians lacking citizenship must pay out-of-state tuition if they are admitted to the state’s community colleges and universities. For too many undocumented students, the price hike puts higher education out of reach.  For legal, policy and moral reasons this tuition discrimination must end.

First, as a matter of law, the robust education rights enshrined in the North Carolina Constitution are not limited to citizens but extend to “people” and “all students.” According to the supreme law of our state, “[t]he people have a right to the privilege of education”, “equal opportunities shall be provided for all students”, and “the General Assembly shall provide that the benefits of The University of North Carolina and other public institutions of higher education, as far as practicable, be extended to the people of the State free of expense.”

While other rights, particularly those relating to office holding and voting, are reserved to citizens, the vital education guarantees go uncircumscribed and apply to all who call North Carolina home. The same is true for Article I, Section 19 which promises that “no person shall be denied the equal protection of the laws; nor shall any person be subjected to discrimination by the State because of race, color, religion, or national origin.”

Echoing the State Constitution, our state Supreme Court has emphasized the breadth of education rights finding them to be “fundamental”. As the Court framed it in the seminal Leandro decision, the right to education is meant to “prepare the child to participate fully in society as it exist[s] in his or her lifetime.” Without tuition equality, these legal promises are empty to undocumented high school graduates even though they are “people” in North Carolina who have been longtime residents and successful “students”.

Second, there is the public policy basis for ending tuition discrimination. Immigrants not only culturally enrich our society, they also literally enrich North Carolina’s economy through labor force contributions and paid taxes. And, according to our General Statutes, it is “the policy of the State of North Carolina to actively encourage the recruitment of environmentally sound national and international industry into North Carolina.”

What is vitally important to such companies? The availability of high-skilled workers. More North Carolinians with a post-secondary school education will make the state a more desirable location where companies can come to locate and expand. That’s a lesson that the dozens of states who have reduced or eliminated tuition discrimination have learned. Indeed, treating undocumented high school graduates as in-state students simply will bring North Carolina in line with Florida, Virginia, Texas, and other competitors in business recruitment battles.

Ending tuition discrimination can also address another policy problem North Carolina faces: declining enrollment on some campuses, a trend exacerbated and spread system-wide by COVID-19. The lowering of tuition at three UNC campuses has led to dramatic matriculation spikes.

But even at these “NC Promise” schools out-of-state tuition is five times that of in-state. On other campuses, the out-of-state price tag can be preclusive. It costs $36,000 per year in tuition and fees to attend UNC Chapel Hill out-of-state, while in-state is $9,000. The UNC system may be a relative bargain for North Carolina’s high school grads unless you are undocumented, in which case it can be just a dream.

Third, and finally, there is the moral argument for tuition equality. Immigrants have been routinely scapegoated by candidate Trump; his Presidential actions at America’s border (with the parent-child separation policy) and in court (seeking to undermine the Deferred Action for Childhood Arrivals program at every turn) have also been egregious. Meanwhile, many parents of undocumented Tar Heel teens have faced heightened risk and responsibility during the pandemic as frontline workers in healthcare, retail, and agriculture.

And their community contributions come with nearly none of the benefit returns afforded citizens despite undocumented immigrants paying sales, payroll, and other taxes. In spite of the hardships placed on their parents, many childhood arrivals succeed in North Carolina schools aided in no small measure by supportive family, friends, teachers, and school staff. For the State of North Carolina to then put an often insurmountable obstacle in the path of these kids, and just at the moment all their hard work has paid off in the form of a high school diploma, is – in a word – heartless.

Thankfully, a bill to grant in-state but undocumented high school grads the in-state tuition benefits they have earned has been introduced in the General Assembly. It will be up to next year’s legislature to enact the tuition equality bill but North Carolina’s higher education leadership can act now. The state’s paramount law gives campus leaders firm legal grounds to end tuition discrimination against undocumented high school graduates – our fellow North Carolinians – immediately. A failure to act allows for the continuance of constitutional violations that ultimately hurt all of us.