'Hamilton' is coming to movie theaters next year 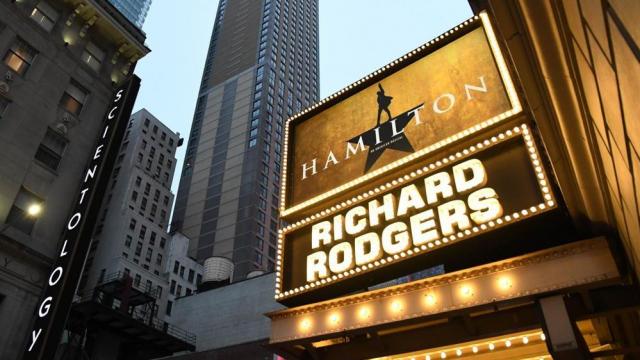 Disney is bringing the hit musical, starring the original Broadway cast, to movie theaters on October 15, 2021. It's not an adaptation: It's a previously recorded "live capture" of the stage performance from the Richard Rodgers Theatre in New York, where it first began.

The music in "Hamilton" blends rap, hip-hop, R&B and classic Broadway to tell the story of the Caribbean-born, French- and Scottish-heritaged Alexander Hamilton, one of America's founding fathers. It debuted in 2015 on Broadway to several sold-out performances and it's still playing, but with a different cast. There's also a touring version of he show.

"Hamilton" received the 2016 Pulitzer Prize for Drama and has won 11 Tony Awards.