Halloween on Saturday? Petition asks Trump to move it from Oct. 31 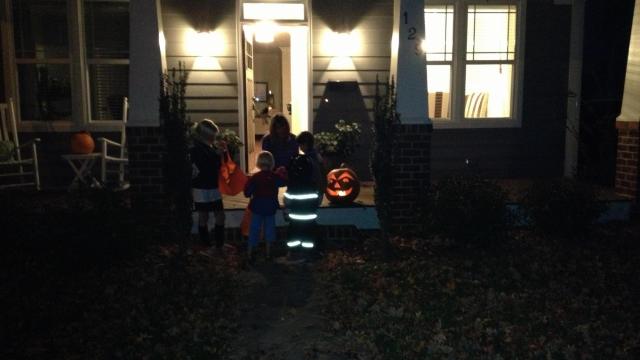 Apparently it's time for a longer, safer, stress-free Halloween, according to the Halloween and Costume Association, which is why it's launched a national petition asking President Donald Trump to officially make Halloween the last Saturday of October.

The association's reasons for its "Saturday Halloween Movement" are many. According to the petition:

It's rough, for sure (sarcasm added). The petition appears to be resonating. So far, 27,900 people have signed the petition, which is getting pretty close to its goal of 35,000.

"It makes more sense to have it on a Saturday, so that we don't have to worry about getting the kids home and in bed early for school the next day," wrote one person who signed the petition.

"Halloween trick-or-treating for children would be much safer if celebrated during daylight hours, which can only happen on non-school days like Saturday," wrote another.

Halloween: When to go trick-or-treating, tips for doing it safely

Covering parenting issues for the last dozen years, I know Halloween can be a bummer for family schedules. Parents must rush home from work to get their kids ready for the big night. Meanwhile, kids, on a sugar high, end up staying out too late and are exhausted for school the next morning.

And, for some parents, Halloween is confusing. I always get questions from parents about what day they should send their kids out for candy. The answer: It's always Oct. 31, except when Oct. 31 falls on a Sunday and a small handful of communities change the date. The best hours are usually from about 6 p.m. to 8 p.m., but it's really up to you and your neighbors (who determine when they close down their candy distribution for the night).

But, I'm sorry, I'm not going to get behind switching Halloween to the final Saturday of the year. Parents - and those who comment on today's parents - already bemoan the amount of scheduling we force on our kids.

Kids aren't running down the street to their friend's house to see if they can play. Instead, we schedule a play date.

They don't organize pick up soccer games. Instead, we're signing them up for formal teams (and paying tons of money for the pleasure).

Now we want to officially schedule trick-or-treating hours to some random Saturday ... possibly during the day!? ... because it's more convenient for adults and doesn't fall on a weekday? (I know ... Halloween is already on a schedule - every Oct. 31, but it does fall on a different day each year, so stick with me here.)

Sure, Halloween, a single night out of the year, can be all kinds of inconvenient, but, for kids, that's the allure (along with all of the candy). Staying up late on a school night and roaming the neighborhood is part of the fun of it - an otherwise forbidden activity that, at the end of the night, comes with a great load of candy. So, let's make sure they're safe. Provide them with flashlights, parents. Go trick-or-treating with them if you don't think they're old enough to go it alone.

And let's let them have some old-fashioned fun just like we did. We were fine despite the late night and giant candy haul. They'll be just fine too.

Sarah is the mom of two and Go Ask Mom's editor.