Wake County, N.C. — African-American woman are one of the fastest growing demographics of gun owners in the country and they currently make up more than half of the membership for the National African American Gun Association, according to data provided by the group.

"No question about it, black women are the driving force in our organization," said Philip Smith, who founded NAAGA in 2015. "They are 60 percent of our membership nationwide, and those numbers are pretty consistent."

According to a recent study from the Crime Prevention Research Center, the number of women and black residents who have concealed carry permits in North Carolina has been on the rise in recent years.

The upward trend also carries over to the state's African-American residents, whose concealed carry permit increased by 30 percent between 2008 and 2012, the CPRC's data shows.

Jowanka and Tiffany are gun owners and self-described "proud women of color" who have permits issued by North Carolina. WRAL News has agreed to not provide their last names.

"I do love that I see more women of color that come to the (gun shooting) range," Tiffany said." And they aren't coming with their husbands. A lot of them are coming by themselves. I like that."

They visit the range at least once a week to practice and to become more comfortable handling a firearm.

"It really feels empowering," Jowanka said. " You know that you can protect yourself at all times, especially if you know what you're doing."

Protection is one of the main factors in the rapid expansion of NAAGA.

The organization started with a chapter in Atlanta and has now increased to 54 chapters nationwide, including three in North Carolina over a three-year span.

Smith credits current events for the spike in membership and mentioned, specifically, the riots in Charlottesville last year.

"We really had an uptick in membership, and I think that was really the line in sand where folks said, 'You know what? I think we really need to do something individually to protect ourselves.'"

That feeling was echoed at the gun range as Tiffany and Jowanka loaded hand guns as part of their weekly target practice.

"I think I've cried more in the last few years over what I have seen in our country than any other time," Jawanka. "Even when I was younger, I felt there was racism but it seemed like it slowed down. I've felt life it's picked up a lot more within the last few years."

It is one of the many reasons she gave for opting to carry a gun. 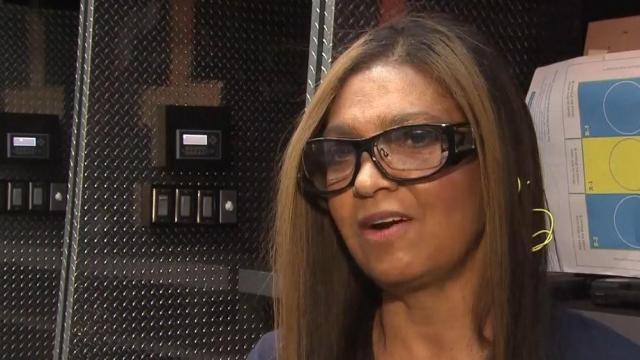