Oxford, N.C. — Investigators on Friday detailed for jurors what they found inside the burned-out home of a Granville County couple who were killed almost three years ago.

A gun, a fuel can and a cylinder of propane were in the charred rubble after a New Year's Day 2015 fire destroyed the home of Jerome Faulkner Sr., 73, and his wife, Dora Faulkner, 62, said D.B. Minchew, a deputy with the Granville County Sheriff's Office. Some blood also was found inside the home, he said.

The testimony came on the fifth day of the capital murder trial of Eric Alexander Campbell.

In addition to first-degree murder, Campbell, 24, of Alvin, Texas, is charged with first-degree burglary, second-degree arson, robbery with a dangerous weapon, larceny of a motor vehicle, financial card theft, identity theft and two counts of cruelty to animals in the Dec. 31, 2014, deaths of the Faulkners.

Authorities say Campbell and his father, Edward Watson Campbell, stormed into the Faulkners' home in northern Granville County, robbed them, set fire to the house and killed them before fleeing in both the couple's Chevrolet Silverado and a stolen SUV. 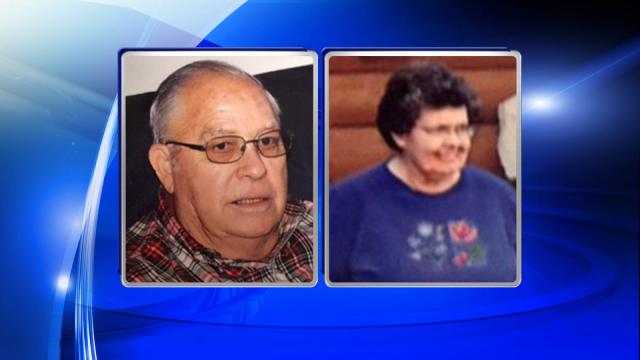 Police in Lewisburg, W.Va., arrested Edward and Eric Campbell on New Year's Day 2015 following a shootout, and investigators found the Faulkners' bodies under a mattress in the back of the pickup.

Much of Friday's testimony came from managers of convenience stores in southern Virginia, who described the details of security videos shown to jurors. In the various videos, the stolen SUV and stolen pickup can be seen stopping for gas, and a man dressed in black with his face covered sometimes goes inside to purchase maps.

Prosecutors contend the man in black is Eric Campbell and that he never sought help from anyone in any of the stores.

Eric Campbell's attorneys have argued that he was under the control of his father and didn't willingly participate in the crime spree.

Edward Campbell killed himself in March 2015 in Raleigh’s Central Prison, where he was being held.