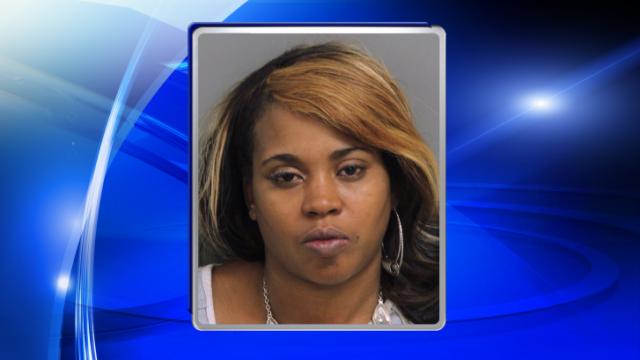 Raleigh, N.C. — A woman arrested during a raid on a downtown Raleigh nightclub faces additional charges after authorities at the Wake County Detention Center found a gun in her hair weave after her arrest.

Tiffanie Lizette Bass, 32, of 408 S. Broad St., was charged Wednesday with misdemeanor offenses of carrying a concealed weapon and resisting a public officer.

According to an arrest warrant, Bass was being processed at the jail when it was discovered she had a .38-caliber handgun.

It was unclear why the gun wasn't found before Bass arrived at the jail.

Laura Hourigan, a spokeswoman for the Raleigh Police Department, said the department is looking at whether proper procedures were followed when Bass was arrested and whether its policy on searches needs to be evaluated.

Sheriff Donnie Harrison, who oversees the jail, declined to comment on the arrest but said deputies noticed Bass walking out of a bathroom with her head leaning to one side.

Deputies searched her and found the gun before she ever made it to the jail's processing center.

She was initially arrested Tuesday during a raid of Club Rumors, at 416 W. South St., by the Alcohol Law Enforcement branch of the State Bureau of Investigation.

Raleigh police officers, Hourigan said, were assisting in the case, in which Bass was also charged with possession of a stolen firearm. She was also arrested on an outstanding warrant for a worthless check violation.