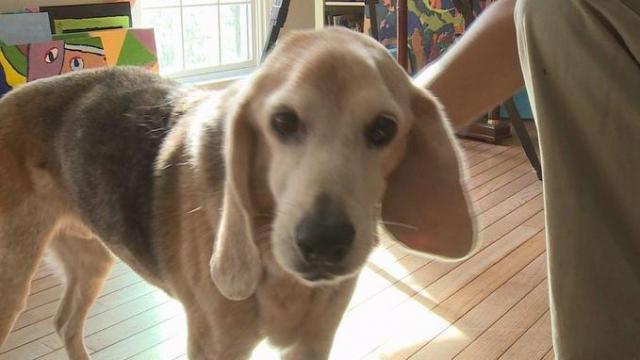 Guilford County, N.C. — A Guilford County man credits his dog, Hendrix, with saving his life, and People for the Ethical Treatment of Animals (PETA) plans to honor Hendrix with the group's Heroic Dog Award.

Ron Weatherford told WFMY News 2 that he had an apparent heart attack and lost consciousness, only to wake to Hendrix barking and licking him.

After Hendrix revived him, Weatherford was able to call 911 for help.

"If Hendrix wasn't there, I don't think I'd be sitting here talking to you today," Weatherford told WFMY News 2.