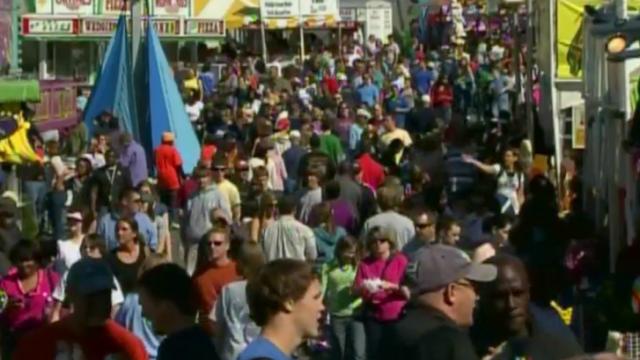 Raleigh, N.C. — A gun rights group on Thursday asked for a temporary restraining order to keep the state agriculture department from banning lawfully concealed weapons at the North Carolina State Fair, which starts next week.

The North Carolina Department of Agriculture and Consumer Services, as it has in previous years, is planning to put up signs warning against lawful conceal carry at the 11-day event and will ask anyone with a weapon going through metal detectors at fair gates to leave them in their vehicles.

Agriculture Commissioner Steve Troxler has said he's making the decision based on what he says is a vague 2013 law prohibiting people from carrying guns at events where admission is charged.

But Grass Roots North Carolina says there is nothing in the law that requires him to do so, and it believes Troxler is choosing to keep permit-holders from protecting their families.

The group's decision to take legal action, it says, comes after an impasse with Troxler over the matter.

"I don't know why people should be concerned about concealed handgun permit holders at the State Fair," Grass Roots N.C. President Paul Valone said. "They've been carrying next to them in grocery store lines since 1995, all without incident."

Fair officials have said they've heard from dozens of people who say they won't attend the fair if concealed weapons are allowed.

Troxler said last week that the policy has nothing to do with being against guns or the Second Amendment but that it is about concerns of accidental discharge.

"I believe that the mix of kids, guns, rides and large crowds is a bad idea," he said.

In a statement Thursday, Troxler added that he is "looking forward to defending our position" before Superior Court Judge Donald Stephens Monday afternoon.

"We go to great lengths to provide a safe environment at the State Fair. Our efforts include a large law enforcement presence and the use of metal detectors," Troxler said. "The fair's weapons policy, which has been in place for decades, also plays an important role in maintaining that safe environment."

But it's safety that Grass Roots N.C. says is prompting the group to go to court.

Citing a melee three years ago in the parking lot at the Wisconsin State Fair in which 31 people were injured and 11 arrested, Grass Roots N.C. says gun-free zones are "dangerous places for law-abiding citizens."

"No family should be rendered entirely helpless should an event occur such as what happened at the Wisconsin State Fair in 2011," the group said in a statement. "Criminals are always empowered when they know that their intended victims are disarmed."

Josh Ellis, communications director for Gov. Pat McCrory's, said Thursday afternoon that the governor has talked with Troxler about the matter.

"Commissioner Troxler called the governor last week to discuss the situation," Ellis said. "The governor agrees with the commissioner's conclusion."