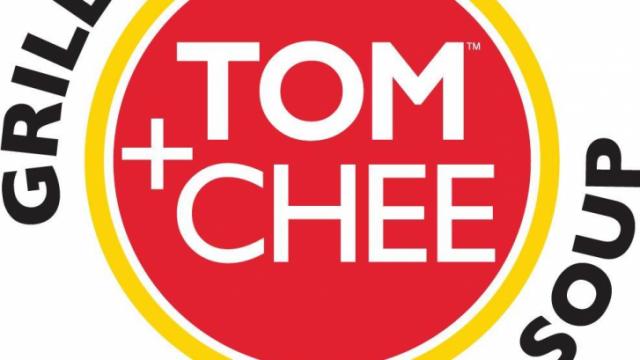 Tom+Chee specializes in more than 20 types of grilled cheese and three versions of tomato soup. Their menu also includes salad and vegetarian, vegan and gluten-free options. (I can't wait to check out their "Grilled Cheese Donut.") The kitchen has no fryers, freezers or microwaves so dishes are made fresh in house.

Tom+Chee will be opening a Carrboro location. No specific address has been revealed. The restaurant is among 13 new locations the chain is planning to open by spring. It is the only North Carolina location planned at this time.

The Tom+Chee franchise currently has 14 restaurants in operation and 150 stores under contract in 20 states.

The owners appeared last year on "Shark Tank" to ask investors to help fund their venture.

“Since we appeared on Shark Tank, we’ve received more than 20,000 inquiries from people interested in operating their own Tom+Chee,” co-founder Corey Ward said in a statement. “It’s an exciting time for our company and it’s proof that hard work and good food can make your dreams come true.”