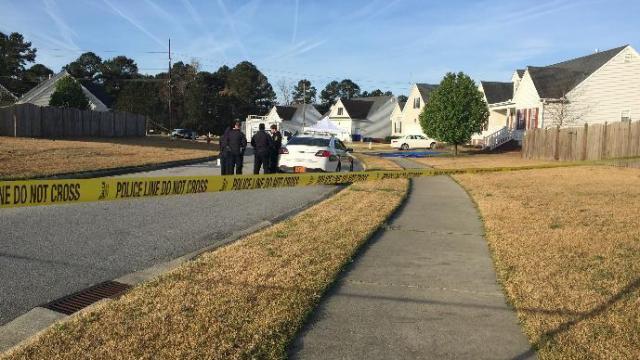 According to NBC affiliate WITN, neighbors on Fox Chase Lane say they woke up to the sound of gun shots around 2 a.m. Easter Sunday.

Police were called to the neighborhood for a domestic stabbing. When the first officer arrived, he found a 39-year-old woman with multiple stab wounds and a juvenile nearby, Deputy Chief Ted Sauls said.

The officer was then approached by a 41-year-old suspect who had a knife in his hand, Sauls said.

The officer tried to calm the 41-year-old down, and put some distance between the two of them, Sauls said.

The suspect was pronounced dead at the scene.