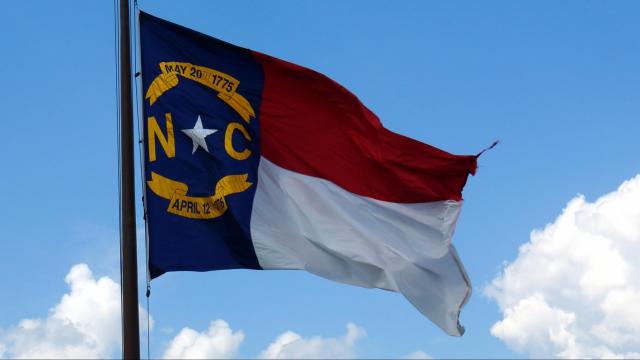 The newly constituted State Board of Elections and Ethics Enforcement voted unanimously to add the party, implementing a change in state ballot access laws that the General Assembly approved last year.

The board also voted, along party lines, not to re-up Wayne King on the Cleveland County Board of Elections. The vote was the only one that truly divided the board, which is made up of four Democrats, four Republicans and an unaffiliated member who has voted Democratic in the past.

King, a former vice chairman of the state Republican Party as well as a deputy chief of staff to Republican 11th District Congressman Mark Meadows, who chairs the House Freedom Caucus.

King was a problem for Democrats upset by past decisions from the Cleveland County board, including precinct mergers. The local political parties typically select county board of election members, with the state board granting approval.

"This is a partisan move," Republican state board member John Lewis said.

This new state elections board is bipartisan, a change Republican legislators made after Cooper beat former Gov. Pat McCrory in 2016. Before that, the governor's party held a majority of what at the time was a five-member board.

The change has been the subject of three lawsuits, and Republicans have changed the makeup of the board several times to address court decisions. Cooper is still suing to go back to the old way of naming the state board, but in the meantime, he appointed the board, which met for the first time last week.

It leans toward Democrats because the ninth member is Damon Circosta, who's registered as an unaffiliated voter but has been an activist for progressive causes.

The vote Tuesday not to reappoint King was 5-4. Circosta asked to remove the local Democratic Party's No. 1 candidate from the Cleveland board as well as a compromise for bypassing King. That didn't fly with the board's Democrats.

Local boards in nearly all of the state's other 99 counties were appointed in a single 8-1 vote, with Lewis voting no over the Cleveland County issue and because two other counties – Halifax and and Robeson – were left out.

As for the Green Party, it gets automatic ballot access in North Carolina now because it was on the ballot for the 2016 presidential election in at least 35 states, satisfying a new threshold the legislature approved last year for automatic access. The Greens join Republicans, Democrats and Libertarians in having this easier access. Other parties may follow, since the change also lowered the number of signatures required to make the ballot in North Carolina.

Voters wishing to register as part of the Green Party can check "other" and write in "Green" on state registration forms for now, elections board spokesman Patrick Gannon said. Updated versions of the forms will go out soon, he said.

"We're very happy," he said. "We have spent, at this point, roughly 18 years trying to get on the ballot in North Carolina."

Republicans online welcomed the party to its new status.

Some noted that the party's enthusiasm might have something to do with hopes that Green Party candidates will win over voters who otherwise would back a Democrat. The Green Party is left of the Democrats on the political spectrum, with a heavy focus on environmentalism, social justice and anti-war policies.