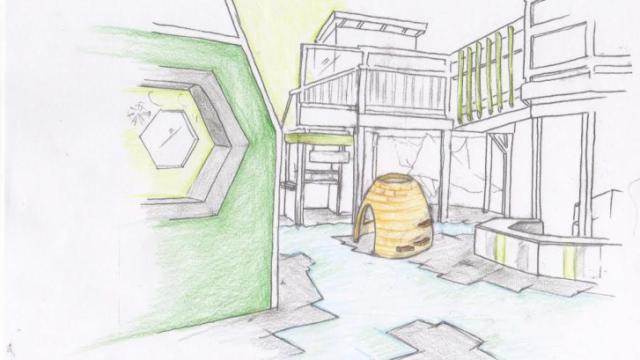 Hot off the heels of announcing its 300,000th visitor, Kidzu Children's Museum in Chapel Hill has more good news to share: It's won a grant that will allow for new bee and pollinator-based exhibits and programming.

The grant comes from The Burt's Bees Great Good Foundation. The funding will allow the museum at University Place (formerly University Mall) to improve on its already successful 2015 pollinator-focused programs which included camps, field trips and outreach events.

Two small exhibits also are in the works. They will be centered around a PlayHive - a beehive-like climbing structure that will encourage children to imagine life as a bee or a beekeeper, according to a press release.

The release goes on: "The hives will incorporate early math and literacy skills into gross-motor play. Children will build strength and coordination by climbing, stretching, and jumping. Both hives will be built from locally sourced wood and recycled scraps from Kidzu’s current exhibit space."

An outdoor exhibit will be free to the public. Kidzu leaders will start work on the plans in January. It should open in June.