Fayetteville, N.C. — Wanda Geddie says she was trying to convince her granddaughter to leave a violent relationship when she learned just how great the threat could be.

Geddie said her granddaughter, Jordon Stevens, 17, was living with Antonio Campbell, 18, on Gillespie Street in Fayetteville. The couple was together about three months, Geddie said.

Stevens went to the hospital on Nov. 17, complaining of a neck injury. She claims that Campbell tried to choke her, and she told Geddie that Campbell threatened, tortured and eventually killed her dog when she told him she was leaving.

The dog's death happened about three weeks ago. Stevens says she didn't tell anyone about the puppy because she feared for her own life.

The Cumberland County Sheriff's Office found the dog's remains, along with cinder blocks used to restrain the animal and a hatchet, outside Campbell's home on Monday.

Sheriff Ennis Wright said Campbell tied a leash around the puppy’s neck and spun dog in the air before tying the leash to the back of a vehicle and driving it several feet. He said Campbell then placed the puppy between two cinder blocks so it was unable to move and chopped off its head.

Geddie said she was shocked by the violence and knows her granddaughter was lucky.

"We were in the hospital. I literally cried because I'm thinking: It could have been you," she said. 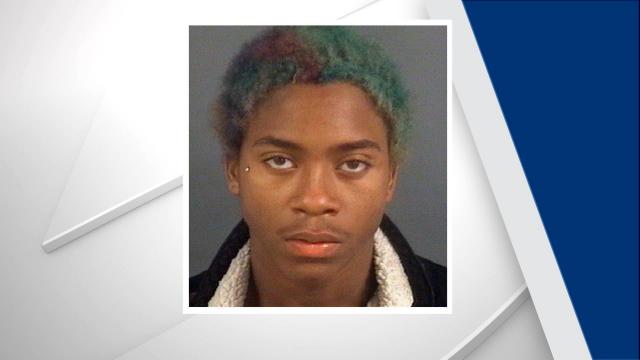 Campbell was being held in Cumberland County Detention Center on a $137,500 secured bond, charged with domestic violence felony strangulation, animal cruelty and possession of a weapon of mass destruction.