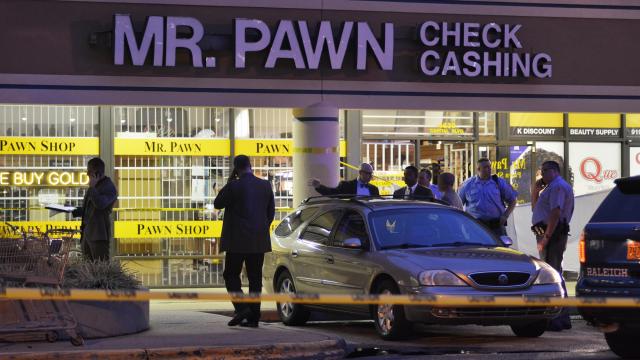 Raleigh, N.C. — Kendrick Gregory, the man arrested in New York City and linked to an alleged crime spree along Raleigh's Capital Boulevard late last month, was indicted Monday by a Wake County grand jury. It is the next step in the process to get Gregory, who is fighting extradition from New York, returned to Wake County to stand trial for his crimes.

According to investigators, Gregory shot and killed 64-year-old Thomas Melvin Durand, owner of the Mr. Pawn check cashing shop in the 4600 block of Capital Boulevard, on Aug. 31.

Gregory is also charged with several counts of robbery, assault and kidnapping for attacks on a 27-year-old man and the rape of a 15-year-old girl and with possession of a firearm by a felon.