Graham was pastor to presidents 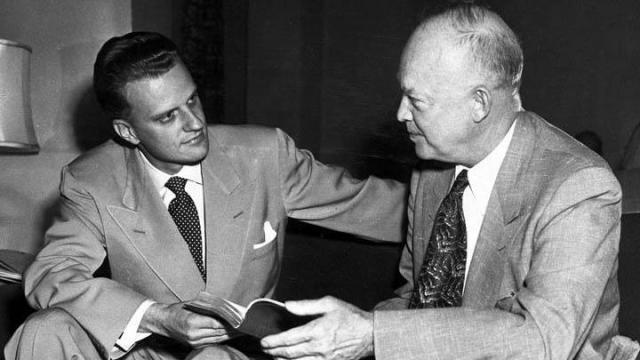 Every U.S. President of the past six decades has met with Rev. Billy Graham.

Harry S. Truman: Graham and three colleagues met with Truman in 1950, and the president told Graham that he lived according to the Sermon on the Mount. Truman and Graham also prayed together.

John F. Kennedy: Graham met with Kennedy in Palm Beach, Fla., four days before Kennedy was inaugurated in 1961. Graham said the two discussed the moral and spiritual condition of the nation. 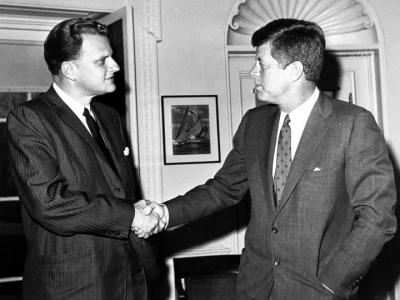 Lyndon B. Johnson: The Billy Graham Evangelistic Association says Graham was probably closer to Johnson than to any other president. He was invited to Johnson's family ranch in Texas several times and spent more than 20 nights at the White House during Johnson's administration. 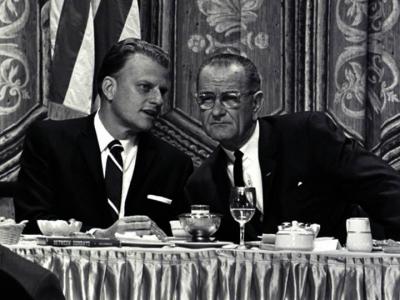 Richard M. Nixon: Graham and Nixon had been personal friends since 1950, and the pair would often pray and read the Bible together. Nixon is said to have pushed Graham away during the final year of his presidency so that the Watergate scandal wouldn't tarnish Graham.

Jimmy Carter: In 1966, Carter chaired a Billy Graham Evangelistic Association film crusade in Americus, Ga., and while governor in 1973, he served as honorary chairman of Graham's Atlanta Crusade. Graham and his wife visited Carter both when he was Georgia governor and at the White House.

Ronald W. Reagan: Graham met Reagan in 1953 and remained close friends after that. He flew to Washington, D.C., in 1981 after an assassination attempt to comfort and pray with Nancy Reagan and do anything he could for the president. 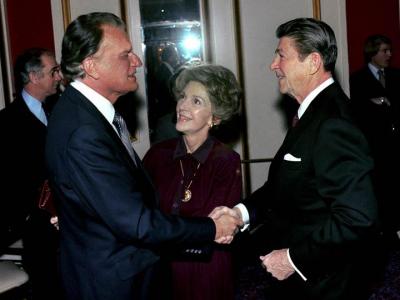 George H. W. Bush: Graham was Bush and first lady Barbara Bush at the White House on the night that the Gulf War began in 1991. 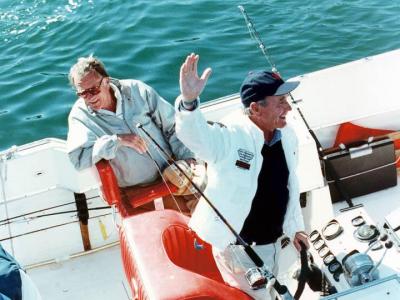 William J. Clinton: Graham visited Clinton at the White House shortly after his 1993 inauguration. While serving as Arkansas governor in 1989, Clinton joined Graham during a Little Rock crusade.

George W. Bush: Bush credits a 1985 visit by Graham to his family's home in Maine with turning his life around and reinvigorating his Christian faith. 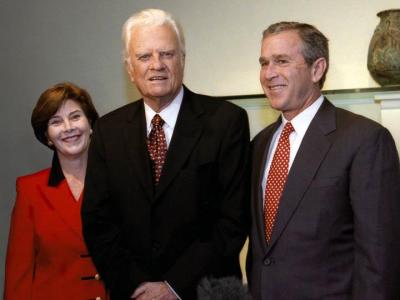 Barack Obama: In 2010, Obama visited Graham at his Montreat home, and the two talked and prayed privately. Obama was the first sitting president to meet with Graham in Montreat.