Grabbing a pint in Sanford: local ice cream and brews 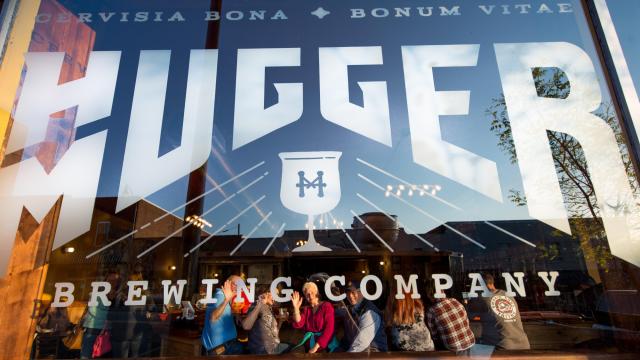 Ask anyone from Sanford, and they likely have fond memories and a story to tell about Yarborough's Homemade Ice Cream.

An institution in downtown Sanford, the beloved local business has been a pillar of the community for more than 50 years. While the downtown district may be buzzing with local businesses now, Yarborough's was one of the first to set the stage.

"My father started the business. He was a dairy farmer in the early 1930s, about seven miles out of Sanford. He had a herd of milk cows and a big barn, and he was the first one in this area to have pasteurized milk," said Carol Yarborough, founder of Yarborough's Homemade Ice Cream. "In 1935, all the barns caught fire and were destroyed. So he gave up the cow business, then bought the building of a former grocery store. He started bottling pasteurized milk there, delivering it, and selling it, and he also started an ice cream business. After he passed away in 1946, we sold the business to a farm in Durham, and I worked for them for about six years before deciding to go back to the building we were in originally and still owned."

Breaking out on his own, Yarborough returned to that little building in Sanford and used his roots in dairy to start making homemade ice cream like his father had before him. He started simple, with ice cream cups, cones, and milkshakes in basic flavors like chocolate, vanilla and strawberry.

In the following decades, the business steadily grew, with Yarborough adding enough space to also serve diner-style food. Now, the shop offers more than 30 different ice cream flavors to choose from, each homemade in store, and a full menu of burgers, hot dogs, sandwiches and soups.

While Yarborough doesn't make it to the store quite as much after all these years, his two sons are continuing to carry on the family business — one that started years ago on a Sanford dairy farm and has grown to be a local institution.

"The community here is very good to us. We have a lot of steady customers come in, like on Sunday nights, we have families bring the whole car of kids along and get their ice cream," said Yarborough. "It's a good business. It's a lot of hard work, but it's good." 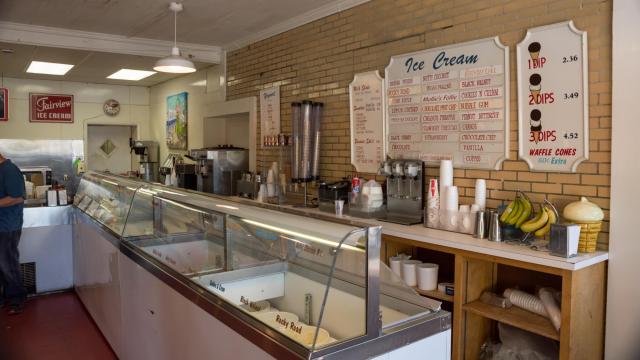 Local ice cream isn't the only type of pint you can find in Sanford. The town is also home to several locally owned breweries, including Camelback Brewing Company and Hugger Mugger Brewing Company, as well a third brewery, Wild Dog Brewing Company, slated to open in the near future.

While many breweries tend to specialize in specific types of beer, from IPAs to sours, Hugger Mugger instead specializes in not having a specialty. Since co-owner David McComas has a long history in the brewing industry, he and his business partner Tim Emmert are comfortable taking risks and experimenting with every type of beer and brewing method under the sun.

The result is a rotating tap list with flavors like herbal tea, spice, and dandelion bite and rosemary, orange peel, and hops — although consistent Belgian-style brews heavily influence the mainstays on their menu. In fact, McComas visited Belgium several times, meeting with brewers and learning more about the process of brewing in order to refine his own brewing process.

In addition to creating a place where Sanford residents could drink consistently good beer, Emmert and McComas also wanted Hugger Mugger to be dedicated to hosting and cultivating community bonds.

"There's a reason we call it a beer hall — it's a big space. This building was originally an A&P grocery store built in 1948, so we have the original tin ceiling, and it's a lovely space to sit and have a beer. We don't have televisions, just some music in the background, and we've got bartenders that will be able to guide you through 18 different beers, two ciders, and some wine," said Emmert. "If you bring a screen with you, that's fine, but it's really nice to see the original form of entertainment is each other. And that is definitely on display when you're having a beer here."

"One thing I enjoy about our beer hall is the community feel. We're very family-driven here, so a lot of times parents will bring their kids and they can run around and bang into things in the back area. We also do a lot of fun extras for them like dance parties, May the Fourth parties, things like that," added McComas. "On the other hand, we also try to encourage the community to look to their own inner strengths and develop some of those things. For us, the bedrock of being in downtown Sanford is that we're a brewery on behalf of the community."

Since Hugger Mugger is in such a large building, Emmert and McComas are more than willing to use the space to benefit the community whenever possible. Over the years, they've played host to fundraisers, food truck rodeos, comedy shows and a slew of other other events.

They're also enthusiastic supporters of the local art scene. In fact, they enlisted local artist Craig Gillooly to paint several tapestries and a mural for the brewery, as well as create designs for most of the product packaging and T-shirt art.

Over the past year, they've had to adjust Hugger Mugger's event schedule for the safety of the community, but Emmert and McComas look forward to the opportunity to safely host events once again.

Even without large community events, Emmert and McComas emphasize downtown Sanford still has plenty to offer.

"Downtown Sanford is a beautiful small city. It's really undiscovered, but there are cool little shops, antique stores, and nice little restaurants. We even have a professional theater and an orchestra in Lee County, so there's this vibrant art scene in the area," said McComas. "We've had tons of really beautiful interactions with people from a lot of different cultural backgrounds, bringing them together here."

Echoed Emmert, "It's got a small-town feel, but with all the development going on here, it's a fast-growing area. It's exciting to be here, and we're one pandemic away from really popping."