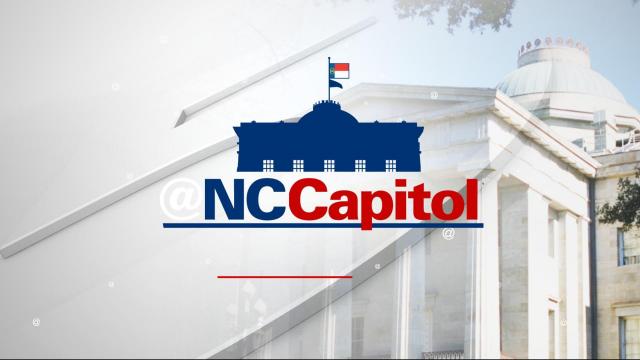 Raleigh, N.C. — Gov. Pat McCrory's administration has made much of its efforts over the past year to "hold Duke Energy accountable" for the company's handling of coal ash pollution.

But on June 1, while in the midst of pressing legal action against and issuing news releases critical of the nation's largest utility, top state officials met for a private dinner at the Executive Mansion with Duke executives, according to calendar entries and other records reviewed by WRAL News.

Beyond general statements that environmental policy and job creation were topics of the meeting, neither state officials nor a spokeswoman for Duke have been willing to provide details of the discussion. The conversation came close on the heels of the state fining the company for pollution violations, during legal wrangling over coal ash pollution and while pending legislation on renewable energy and the state's response to federal clean power rules was debated at the General Assembly.

In response to a public records request, the Department of Environmental Quality said Secretary Donald van der Vaart neither received an agenda for the meeting nor recorded the discussion in any way. A similar request to the Governor's Office yielded only emails and calendar entries arranging the meal and the meeting, but officials say there were no emails or other documents detailing what topics were discussed or why exactly the meeting was called.

"In fulfilling the responsibilities of his duties, the Governor often meets with business, non-profit and even media leaders to discuss issues important to North Carolina.

"On June 1 the Governor and administration officials had a constructive dialogue with Duke Energy officials who represent the largest utility in the United States and is headquartered in North Carolina.

"The discussion included topics about the economy, the environment, energy and job creation. He looks forward to more meetings in the future."

The meeting stands out as unique among nearly a year of entries on van der Vaart's calendar, and a spokesman for McCrory could not furnish examples of similar mealtime sit-downs with other large companies.

Questions put to McCrory's press office in December and this week did not yield any more specific answers.

Wilson was unable to provide answers over the past month to follow-up questions seeking more detail.

McCrory spoke Wednesday during the North Carolina Chamber's annual economic forecast forum in Durham but did not take questions from reporters other than a moderator helping to host the business-friendly event. That said, the governor did brag on what he called an "incredible rebound" in North Carolina's economy and ticked off a number of contributing factors, including the state's power providers.

"The price of energy in this region has given us a major competitive edge," McCrory said.

"At a time when issues such as coal ash and renewable energy standards are dominating environmental news, the administration and one of the state's largest polluters are meeting behind closed doors," said Dan Crawford, a lobbyist with the North Carolina League of Conservation Voters. "The administration that promised transparency and 'customer service' is offering neither – unless it considers Duke Energy its only customer."

Meeting at a critical juncture

Meetings between governors and businesses leaders are not in and of themselves unusual. McCrory and other North Carolina governors have often styled themselves as the state's chief job recruiters who can close deals with corporate executives. Like his predecessors, McCrory, along with other top administration officials, often speaks to business gatherings such as the North Carolina Chamber's event.

The following individuals are listed on multiple calendar entries and emails as having attended a June 1, 2015, dinner meeting between Gov. Pat McCrory and top Duke Energy officials:

But the relationship between Duke and the state is far from typical.

McCrory spent three decades working for Duke, and several former Duke executives have served in his administration. Also, the company donated more than $3 million in 2014 to the Republican Governors Association, a group that spends heavily to help elect Republican governors like McCrory.

"The public doesn’t get the opportunity to have private social time with the governor and his environmental chief," said Molly Diggins, North Carolina director for the Sierra Club. "This gathering underscores the continued very close relationship between the governor and Duke Energy."

Following a February 2014 coal ash spill from a shuttered plant on the Dan River, Duke's use of unlined pits to dispose of the material left over after coal is burned to generate power came under intense public scrutiny. At the time of the June 1 meeting, the administration was taking pains to show it was taking a tough stand against Duke – less than two weeks after the meeting, what was then the Department of Environment and Natural Resources announced it was hiring a special counsel just to deal with litigation over coal ash.

When state officials and Duke executives sat down on June 1 to break bread, coal ash issues would have been among a number of legal, legislative and policy actions that concerned the company at play:

Neither Wilson nor a spokeswoman for DEQ would address whether coal ash litigation, renewable energy or other specific topics were discussed during the meeting.

Duke spokeswoman Paige Sheehan would talk only broadly about the meeting, saying it was a "routine update and conversation." She added that "there are any number of things we have conversations with state leaders about."

But Frank Holleman, a senior attorney with the Southern Environmental Law Center, says there was "nothing usual" about such a meeting, especially given van der Vaart's involvement and the timing of court actions related to coal ash.

"How in the world can the people of North Carolina believe their government is protecting their water from coal ash pollution when the governor and his secretary of the environment are hosting the polluter for a private dinner at the governor's mansion," Holleman said.

He pointed out that two weeks before the meeting, Duke had pleaded guilty to nine coal has crimes in the state and the company was on criminal probation.

"I can assure you they aren't holding private dinners with conservation groups or the people whose wells are affected," he added later.

While both Duke and the administration described the meeting as a routine but important contact, neither side made those involved available for interviews.

"Obviously, we always want to have a constructive relationship with our regulators," Sheehan said.

When asked about the pending litigation at the time of the meeting, she said, "You have to find a way to be constructive and find a way to advance important conversations."

WRAL News requested an interview with van der Vaart before Thanksgiving. On Dec. 1, agency spokeswoman Crystal Feldman confirmed a phone conversation for later that week. The day of the interview, Feldman canceled but offered to take questions over email. The following week, Feldman said DEQ had decided to not speak about the dinner and defer entirely to the Governor's Office.

Asked why, Feldman would only say, "We've made a decision to not do an interview."

"It would be better for me if you would address any questions you might have to either Josh or Graham," Stephens said.

"We would think that the governor should be erring on the side of transparency," said Jane Pinsky, director of the North Carolina Coalition for Lobbying and Government Reform. "If this was just dinner between friends, he can say that. But he should be able to say."

Pinsky also questioned whether the governor could point to similar dinner meetings with executives from other companies.

"I'll have to look into that and see if I can," Wilson said Tuesday.