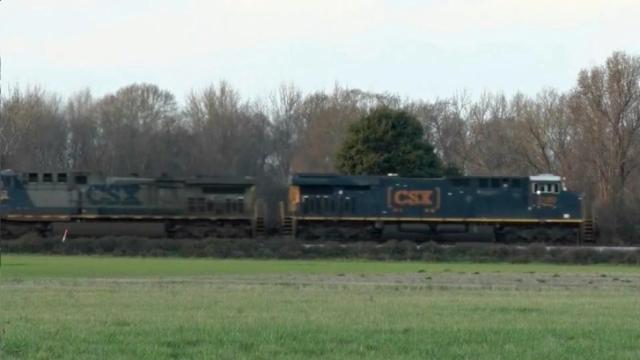 Selma, N.C. — After two weeks of tension about a proposed CSX cargo hub in Johnston County, the Governor’s Office said in a statement Tuesday that the proposed site for the project was off the table.

"Based on the vote of local officials as well as serious land issues, the current site in Johnston County does not appear to be a viable option. We will continue to work with CSX to explore alternative sites in order to enhance our state ports,” said Graham Wilson, a spokesman for Gov. Pat McCrory.

CSX said earlier this month that it planned to build a $272 million terminal, referred to as the Carolina Connector, or CCX, east of Selma. The terminal would connect directly to the main CSX network and would provide a major transshipment point for container cargo to and from North Carolina ports.

Many local residents voiced opposition to the project, fearing that they would be forced to sell their land. Last Wednesday, the Johnston County Board of Commissioners said that it did not support the proposed plan.

“The Johnston County Board of Commissioners does not support plans for CCX at the footprint the project’s advocates had envisioned,” said a statement from the board. “The board continues to believe that CCX represents economic development opportunities for Eastern North Carolina, including Johnston County, and hopes that alternative sites can be identified that reconciles the project’s location needs with the desires of property owners that are willing to sell their land.”

Wilson stated that even though the current site has been eliminated, the option to build the cargo hub in Johnston County is still on the table.

Officials in Wayne County have also expressed interest in the project. Wayne County Developmental Alliance Director Crystal Gettys said that the county is in contact with CSX and that she has recieved calls from residents who are in favor of the project.

"We know there can be up to 300 temporary construction employees as well as 300 permanent employees and that's very attractive to Wayne County," said Gettys.