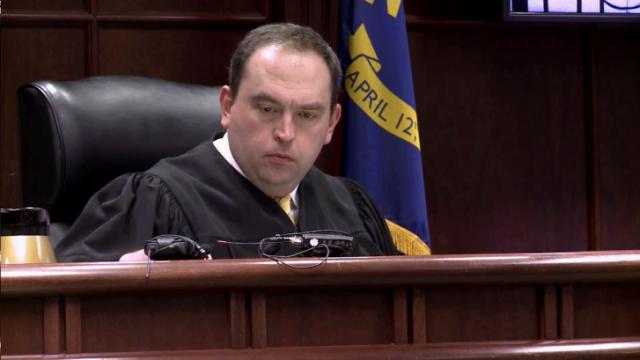 Willoughby, the prosecutor for the 10th Judicial District for nearly 30 years, announced last week that he is leaving the post at the end of this month for a private law firm.

Tenth District Judge Ned Mangum, a registered Republican, will serve as interim district attorney until Jan. 1. He has been a judge in Wake County since 2008, and before that, he worked for several years under Willoughby prosecuting felony cases.

"Judge Ned Mangum will have some big shoes to fill, but we have no doubt that he will serve the people of North Carolina and Wake County very well," McCrory said in a statement. "I look forward to watching Ned serve with honor, dignity and the highest of ethical standards."

Mangum is also running unopposed for another term on the bench.