Yanceyville, N.C. — Caswell County officials want to investigate the death of an intern at a local animal preserve last month, but they have to wait until the federal government reopens to do so.

Alex Black, 22, was working with a Conservators Center staff member to clean an enclosure on Dec. 30 when a lion escaped its pen, killing her.

Three tranquilizer darts fired at the lion by the center's co-founder failed to slow the animal, known as Matthai, after the attack, so deputies with the Caswell County Sheriff's Office had to shoot the lion eight times to put it down, according to an incident report.

"Caswell County would like to offer its condolences to the family of Alexandra Black," Chairman Rick McVey said at the opening on the county Board of Commissioners meeting Monday morning. "Our thoughts and prayers are with her family at this time. Caswell County would also like to offer our thoughts and prayers to the other families and emergency services workers that were involved in this incident."

County Manager Bryan Miller said the county's Division of Animal Control plans to investigate, alongside the U.S. Department of Agriculture, which regulates the Conservators Center, whether the animal enclosures at the facility are secure. But that investigation has been delayed because of the partial government shutdown.

Once the investigation is complete, county officials could order the facility to upgrade any enclosures deemed unsafe to house certain animals or order operators to remove those animals, he said. 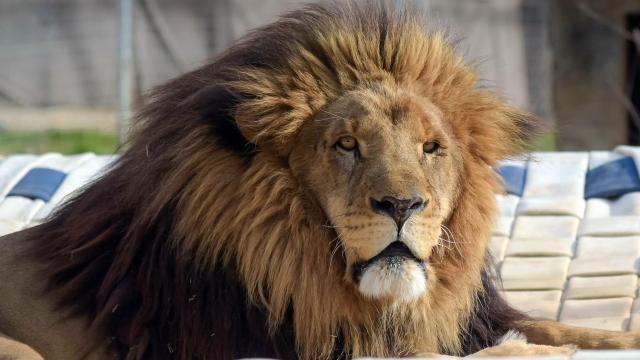 Commissioners also have the power to adopt an ordinance prohibiting exotic animals in Caswell County, Miller said, adding that he hopes the situation doesn't come to that point.

"The incident itself brings to light that, the fact that when you’re dealing with these types of animals, there’s always some type of risk involved," he said. "You kind of have to balance the risk and reward of having an organization like that within your county.

The Conservators Center has always been very involved as far as local government is concerned. They’ve been a good partner for us," he added.

Black was buried Sunday in her home state of Indiana. A graduate of Indiana University, she had been working at the center for about two weeks when she died.

"Our top priority has always been, and remains, the well-being of the local community, guests, volunteers, staff and animal residents," the Conservators Center said in a statement posted on Facebook on Sunday.

"Reviews into the incident that took place on December 30th are ongoing, and we continue to fully cooperate with all regulatory agencies alongside the coordination of our own internal investigation," the statement reads. "We hope that the conclusion of these reviews provide answers that we can learn from and share with other facilities in an effort to prevent a tragedy like this here or elsewhere."