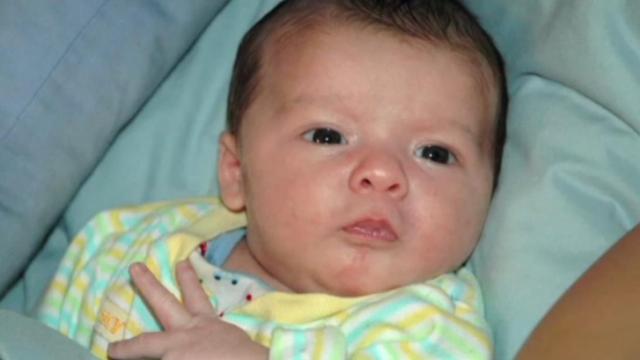 Raleigh, N.C. — The U.S. government denies any wrongdoing in the death two years ago of a baby who suffocated at a Fort Bragg day care.

The Degenhards have pushed for criminal charges against a day care worker who was supposed to be supervising their son and filed the suit after the U.S. Attorney's Office declined to pursue any charges.

A security camera in the day care captured the scene as the baby, also known as Sonny, struggled to breathe while on his stomach and was unable to roll over as a child care worker stood nearby, cleaning bottles and putting sheets on mattresses.

At least two staff members who came into the room mentioned that the baby didn't look right, but the caregiver didn't check on him, according to reports by Fort Bragg investigators and the state Division of Child Development and Early Education.

The caregiver eventually put Sonny in a crib, realized he wasn't breathing and started CPR. A school nurse and a medic, who was dropping off her child, also rush to the room to perform CPR.

Emergency workers arrived about five minutes later and took Sonny to Womack Army Medical Center. He was transferred to the Pediatric Intensive Care Unit at Cape Fear Valley Medical Center, where doctors determined he had suffered a brain injury consistent with oxygen deprivation. He was taken off life support six days later.

In its response to the lawsuit, the government contends that no federal employee was responsible for the baby's death and asks a judge to dismiss the case. The government also argues that, if the Degenhards win damages in the lawsuit, federal authorities should be able to recover any benefits already paid to the family.