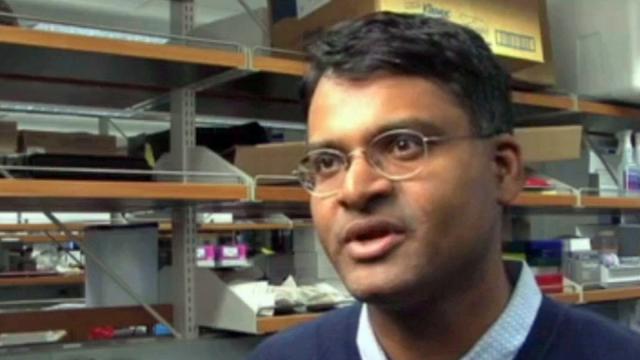 Durham, N.C. — The federal government on Monday issued its final ruling in the case of a former Duke University researcher whose claims that he discovered a better way to treat cancer were found to be exaggerated.

The Office of Research Integrity in the U.S. Department of Health and Human Services found that Dr. Anil Potti "engaged in research misconduct" by including falsified data in his results.

Potti claimed he had discovered how to match a patient's tumor to the best chemotherapy drug. Duke halted work on his clinical trials after learning he exaggerated his credentials, including claiming that he was a Rhodes scholar.

In May, Duke settled for an undisclosed amount lawsuits brought by patients in the clinical trial and the estates of patients who have since died. The lawsuits alleged that researchers raised questions about Potti's research as far back as 2006, but Duke still enrolled patients in three clinical trials, hoping to patent and spin off a cancer-screening test.

Potti has entered a voluntary settlement agreement with the Office of Research Integrity in which he agreed to be supervised if he conducts any research in the next five years funded by the U.S. Public Health Service. Under the settlement, he neither admits nor denies the agency's findings.

"We are pleased with the finding of research misconduct by the federal Office of Research Integrity related to work done by Dr. Potti," Michael Schoenfeld, Duke vice president for public affairs and government relations, said in a statement. "We trust this will serve to fully absolve the clinicians and researchers who were unwittingly associated with his actions, and bring closure to others who were affected."