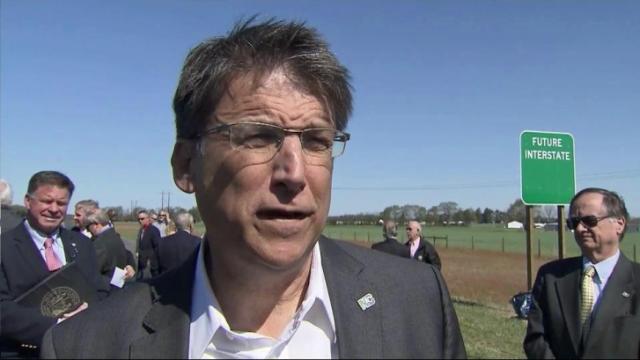 Gov. McCrory needs learn the details and tell the truth to North Carolinians about HB2.

A CBC Editorial: Thursday, March 31, 2016; Editorial# 8010
The following editorial is the opinion of Capitol Broadcasting Company.

"Half-True," "False" and "Moving violation" (putting something forward even though he knows better, or has no reasonable basis in fact). These are ratings from independent, non-partisan fact-checkers. They refer to Gov. Pat McCrory's claims of presenting the "truth" about House Bill 2. The verdict in the court of public opinion: the governor’s credibility comes up short.

"We have not taken away any rights that have currently existed in any city in North Carolina, from Raleigh to Durham to Chapel Hill to Charlotte," McCrory pleaded at a news conference. "Every city and every corporation have the exact same nondiscrimination policy this week as they had two weeks ago."

There is practically no one -- even the bill's most fervent backers, who agrees. If the bill only did what McCrory claims, why was it needed?

Did the governor read the bill? You don’t have to be a Supreme Court nominee to see how broadly state law was changed. Sections of the bill make significant changes in employer-employee relations as well as how issues of employer discrimination and the minimum wage are handled. Don’t take our word for it, read it, after all it is just five pages.

When asked about sections of the bill dealing with equal access to public accommodations, which essentially revokes Greensboro’s fair housing ordinance and Raleigh’s policies on municipal contracts, McCrory pleaded ignorance.

"You're blindsiding me with a question," McCrory complained to the reporter who asked the question. “You're telling me something I’m not aware of."

As anemic as that response was, it was more than he provided in Kinston a day later when he turned his back on reporters who tried to ask about details of the bill.

McCrory's plea of ignorance, and lashing out at the news media, is both inappropriate and baseless. It wasn’t the press, after all, that drafted and passed the bill.

It is disingenuous for McCrory to blame, as he did earlier this week, any confusion about the bill on outsiders and the news media. To say, as he did, that it was a "well coordination campaign" that was "distorting the truth" of a "basic, common sense bill" is wrong.

McCrory needs to gather his staff and the legislative leadership, read the bill and answer some basic questions. We’ll offer a few for starters:

We look forward to McCrory's prompt and complete reply -- that will merit a "Green Light" for veracity from WRAL News' fact check and a "TRUE" on the Politifact Truth-O-Meter.