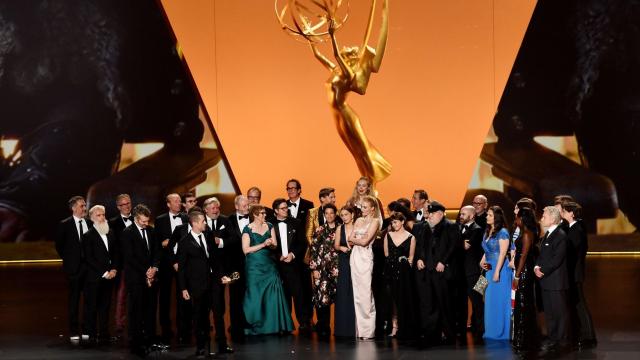 CNN — 'Game of Thrones' has won its final Emmy battle.

The HBO series picked up the best drama Emmy at Sunday's ceremony, capping off its final season with a coveted achievement. (HBO, like CNN, is owned by WarnerMedia.)

"We loved every minute we spent with you," executive producer D.B. Weiss said to the cast on stage.

Executive producer David Benioff added: "These last ten years have been the best years of our lives."

The show had been nominated alongside "Better Call Saul," "Bodyguard," "Killing Eve," "Ozark," "Pose," "Succession" and "This Is Us."

"Game of Thrones" is now tied with "Hill Street Blues," "L.A. Law," "The West Wing," and "Mad Men" for most wins in the best drama category.

Peter Dinklage was the sole "Game of Thrones" actor to pick up an individual performance statue this year, with a win for best supporting actor in a drama.

Heading into the night, the drama had 32 total nominations, setting a new record for the most nominations earned in a single year by a drama series.

"Game of Thrones" wrapped up its divisive final season in May.