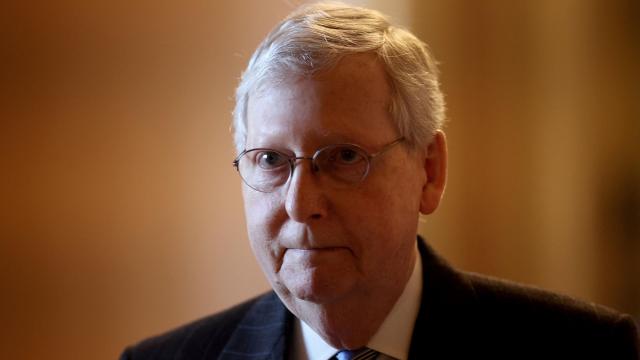 CNN — Republican senators are conceding that Dr. Anthony Fauci's testimony warning about moving too quickly to reopen the US economy is inconsistent with President Donald Trump's push to "liberate" various states and quickly get the country back to business.

But the GOP is split about whether Trump should be more cautious with his own public statements or if it's Fauci who is being too much of an alarmist, as Sen. Rand Paul of Kentucky appears to be asserting.

"Surely the testimony is more nuanced than the President's statements," said Sen. Bill Cassidy, a member of the Senate Health, Education, Labor and Pensions Committee, which hosted Fauci at its hearing Tuesday. Cassidy added the decision to reopen needs to be "data driven."

Asked about Trump's calls to "liberate" states, Republican Sen. Lisa Murkowski of Alaska, another member of the committee, said: "I think we need to follow the experts here."

Others later pushed back at Fauci. "I think he may not realize that in advocating for extreme closure of things, the punishment that's happening to our country, and we really need to get opening back up," Paul told CNN.

Nevertheless, Fauci's testimony warning of "serious" consequences if states move too quickly put some GOP senators in an awkward spot as they try to defend the President's handling of the crisis while also ensuring their states are not placed at a greater risk by reopening.

"I think they both have a good point," said Texas Sen. John Cornyn, a member of the Senate GOP leadership team.

When asked if he's encouraging his state not to listen to Trump's messaging on liberating states, GOP Sen. Cory Gardner of Colorado -- who is up for reelection in the fall -- said: "We have to listen to our health experts. That's what we're doing."

Republican Sen. Joni Ernst, who also faces a potentially tough race in Iowa, said of Trump: "I hope he's deferring to the governors."

But Ernst wouldn't fault Trump for pushing an aggressive message at a precarious time for the country. "I can't debate that: I think the President is anxious to get the economy up and rolling."

Fauci's high-profile testimony Tuesday is hardly the first time that Trump has been at sharp odds with his own health advisers -- whether it's touting Covid-19 treatments that his own task force had yet to embrace, predicting the virus would disappear with warm weather, or overstating the country's capacity to test for the disease.

But as states begin to partially reopen, Trump's message has often gone well beyond the advice from leading experts -- namely Fauci, the federal government's top infectious disease expert -- going as far as accusing Democrats of seeking to keep the country closed to hurt him politically.

"I don't know what the motivation is," Cornyn said when asked if he agrees with Trump that Democrats are seeking to keep their states closed to bolster their chances in November. "I think some people are just scared because there's been so much uncertainty and misinformation."

Fauci, in his testimony, made clear his concerns if states don't follow the phased approach for reopening laid out by the White House task force's guidelines.

"There's a real risk you will trigger an outbreak that you might not be able to control," Fauci said Tuesday.

That message is one that Trump shies away from when briefing the press, instead calling for a reopening of the economy.

Senate Majority Whip John Thune noted that the President has backed the guidelines outlining how states should reopen, but added: "The rhetoric obviously needs to follow from that."

"You know when he gets up everyday and gets in front of the (press) he gets asked questions and responds to them sometimes in ways that I don't think many of his advisers expect," Thune said. "I think it would be good for him, for all of us, to listen to the health professionals and make sure the way we're talking about these issues is consistent with the way they've outlined."

Asked if the US has prevailed on testing for Covid-19, as Trump said Monday, Thune said: "We got a long ways to go on testing."

But Paul, a member of the committee, said that Fauci is just "one voice" and that his comments should not be given a "disproportionate" amount of attention, also criticizing Fauci's suggestion that schools wouldn't be safe in the fall because of a lack of treatments or vaccines since kids seem less at risk than others.

"I think it's important that we get our schools back open," Paul said. "His voice is one voice."

Fauci countered Paul by saying there was still much unknown about the virus and its impacts, including on children. But after he said that heading back to school in the fall without treatments would be a "bridge too far," he later clarified at Tuesday's hearing that he wasn't advocating for schools to be closed in the fall, only saying that an easily available treatment or a vaccine would not be available by then.

Asked Tuesday whether the country should listen to Trump's message or Fauci's, Senate Majority Leader Mitch McConnell suggested both are right.