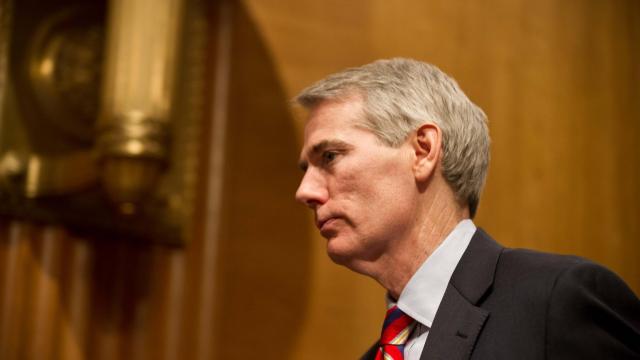 CNN — Republican Sen. Rob Portman of Ohio announced Monday that he will not run for reelection after his current term in office ends in 2022, saying in a statement that the entrenched partisan gridlock in Washington was a factor in his decision.

The announcement will set off what could become a highly competitive race to fill the seat and will reshape the 2022 battlefield for control of the Senate.

"I feel fortunate to have been entrusted by the people of Ohio to represent them in the US Senate. Today, I am announcing that I have made a decision not to run again in 2022," Portman said in a statement.

The Ohio Republican went on to say, "I don't think any Senate office has been more successful in getting things done, but honestly, it has gotten harder and harder to break through the partisan gridlock and make progress on substantive policy, and that has contributed to my decision."

"We live in an increasingly polarized country where members of both parties are being pushed further to the right and further to the left, and that means too few people who are actively looking to find common ground. This is not a new phenomenon, of course, but a problem that has gotten worse over the past few decades," he said, adding, "This is a tough time to be in public service."

In announcing his decision, Portman also signaled he stands ready to work with the Biden administration as it attempts to win bipartisan support for the President's economic rescue package responding to the pandemic.

"For many of the issues I am most passionate about, I will continue to make a difference outside of the Senate, beyond 2022. In the meantime, I am hopeful that President Biden will follow through on his inaugural pledge to reach across the aisle, and I am prepared to work with him and his administration if he does," he said. "I was on the bipartisan call yesterday on a new COVID-19 package. I hope the Administration will work with us on a more targeted approach that focuses on things like vaccine distribution, testing and getting kids back to school."

This headline and story has been updated to include additional developments Monday.