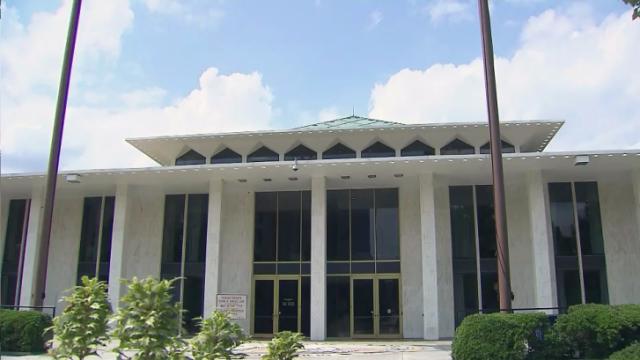 Raleigh, N.C. — Republican General Assembly leaders, facing large teacher demonstrations to welcome them back into session later this month, rolled out a string of good news Monday on the state budget.

The state ran another surplus this year, bringing in more than it will spend despite recent cuts to personal income and corporate tax rates. That surplus is expected to continue through the coming 2018-19 budget year.

Legislators will tweak that budget when they come back into session May 16, and House Speaker Tim Moore and Senate President Pro Tem Phil Berger said the two chambers have already agreed on a figure for total spending: $23.92 billion. That's about $886 million more than this year, they said.

Teachers will get their fifth consecutive pay raise in the coming budget without legislators changing anything. The state lays its budget two years at a time, tweaking the second year as it approaches, and Moore's office said the estimated average teacher salary next year will already be in the neighborhood of $53,400.

That's based on analysis from the legislature's nonpartisan fiscal research staff. The average hit $51,214 this school year, the first time it eclipsed $50,000.

Berger, R-Rockingham, said teachers may see other "revenue enhancements" added to the budget when legislators gather, but they're more likely to be "of the bonus variety ... for specialized situations."

Moore, R-Cleveland, said he recognizes that teachers with more than 25 years experience haven't benefited as much as younger teachers from salary increases approved in recent years, and he said that's "something we've wanted to make sure we've looked at." But he didn't make a specific promise on the issue.

Moore said budget writers are also "looking at something for retirees" in the new budget and plan to focus on law enforcement needs, particularly at the State Highway Patrol and in the corrections system, which has "some critical needs."

The state has seen some fatal prisoner attacks on correctional officers in the last year.

Education issues are expected to bring thousands of teachers to the Legislative Office Building on the first day of session, though, with the North Carolina Association of Educators saying Monday more than 10,000 may attend. Six school districts, including Wake County, have said they'll close for the day.

The NCAE slices the data on teacher salaries differently than the GOP leadership, saying the state is one of the worst in the country in per-pupil spending, which it puts at $2,400 behind the national average. The state ranks 37th in the country in teacher pay, according to the group, which has given up on working with the Republican majority and is focused on flipping seats in the November elections.

"We don’t anticipate much change from this group," NCAE President Mark Jewell said. "So, we’re going to change the players in the game."

Moore and Berger made clear they don't quite approve of the protest plans. The Senate leader noted that teacher strikes are illegal in North Carolina and said "in some respects" this protest looks like a work slowdown and "fairly typical union activity."

Moore said end-of-grade tests are coming soon, making this an important time for teachers to be in the classroom. He said North Carolina's protest seems to be part of a national trend orchestrated by Democrats. Other states that have seen major teacher protests "have not been as generous" in their budgets, Moore said, noting that Gov. Roy Cooper initially vetoed last year's budget, despite the raises it included.

"They ought to come protest Gov. Cooper," Moore said.

Cooper, though, has called for larger raises and hinted he'll seek more funding for teachers in a budget proposal not yet announced. His office said Monday that his budget will invest in public schools, health care and workforce training "without raising taxes," but it also called on GOP leaders to adopt it "instead of continuing massive income tax breaks for corporations and wealthy people."

Moore and Berger made it clear Monday that planned tax cuts will go forward, and they said any tax increase would be dead on arrival in the legislature, where Republicans hold a veto-proof majority. Cooper's administration has cautioned in the past that future revenues may not meet state expenses, but with the surpluses announced Monday, Republican leaders said they feel good about the state's trajectory.