GOP convention in Charlotte closed to press, portions will be livestreamed 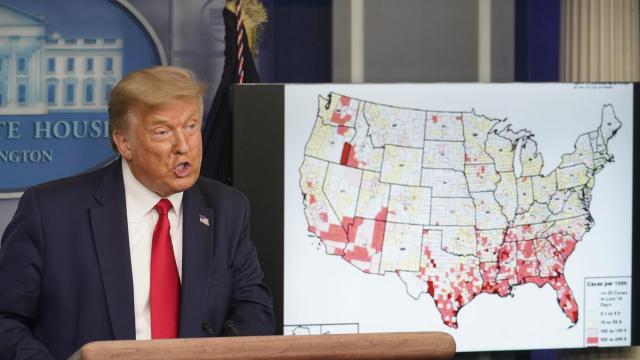 CNN — The dramatically scaled-down Republican National Convention in Charlotte, North Carolina, will be closed to the press, a convention spokesperson and Republican official familiar with the plans tell CNN.

Reporters will not be allowed on site as RNC delegates vote to formally nominate President Donald Trump as the 2020 Republican presidential nominee, but the vote will be livestreamed, the Republican official said.

The restriction is unprecedented in modern American political history, but Republican officials said they were forced to limit attendance due to social distancing restrictions imposed by the governor of North Carolina.

"Given the health restrictions and limitations in place within the state of North Carolina, we are planning for the Charlotte activities to be closed press Friday, August 21 -- Monday, August 24," the RNC convention spokesperson said in a statement Saturday.

"We are happy to let you know if this changes, but we are working within the parameters set before us by state and local guidelines regarding the number of people who can attend events," the spokesperson said.

The news was first reported by the Arkansas Democrat Gazette.

The formal proceedings of the 2020 Republican National Convention -- including voting to formally nominate Trump as the 2020 GOP nominee -- are still expected to take place in Charlotte, but the number of people attending has been dramatically scaled back.

An RNC official says the President is not likely to accept the nomination in Charlotte in a big public speech. If Trump goes to Charlotte, the expectation is that it will just be to thank the delegates in a private, closed press event.

The proceedings on the Monday of the convention -- including the vote to formally nominate Trump -- will be live-streamed, according to a Republican official familiar with the plans.

Due to space restrictions, not all delegates will attend either. Instead, 336 delegates will vote at the convention proceedings -- one for every six delegates.

Associated Press reporter Zeke Miller, the president of the White House Correspondents' Association, called the move to close convention activities to the press an "an ill-advised decision" and called on the GOP to "reconsider" on Twitter Saturday evening. "The nomination of a major party presidential candidate is very much the business of the American people."