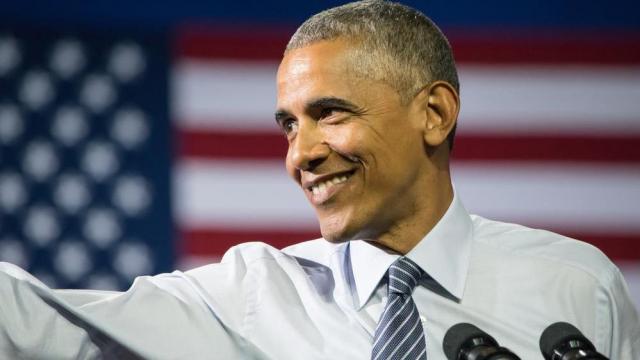 CNN — A Republican congressman posted a fake photo of former President Barack Obama shaking hands with the Iranian president and later acknowledged that the image was falsified.

"The world is a better place without these guys in power," Arizona Rep. Paul Gosar said in his caption of the doctored photo.

Obama, who left office in 2017, never met with Iranian President Hassan Rouhani, who is still in power. The image was photoshopped from Obama's 2011 meeting with former Indian Prime Minister Manmohan Singh.

"The world would be a better place if elected officials didn't share photoshopped images and take pride in being ignorant," Casten said on Twitter.

Gosar later defended himself, saying that it was not implied that the photo wasn't altered.

He added, "Obama coddled, appeased, nurtured and protected the worlds No. 1 sponsor of terror. The world is better without Obama as president. The world will be better off without Rouhani."

Gosar has a history of controversial remarks and actions. In 2017, he promoted the conspiracy theory that the white supremacists' rally in Charlottesville, Virginia, was a left-wing plot financed by Democratic megadonor George Soros.

And CNN reported that Gosar attended an hours-long dinner in London in 2018 with an extremist Belgian politician who is known for his anti-Muslim views and has a history of racist comments.