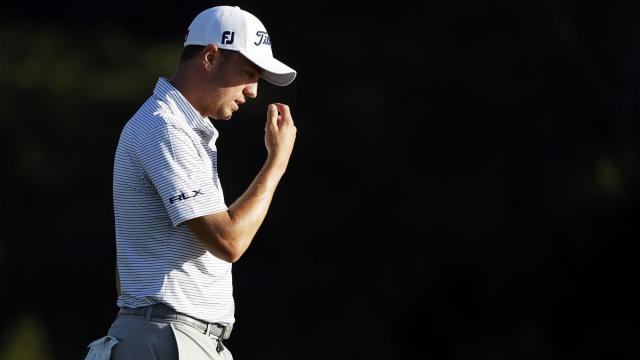 Golfer Justin Thomas apologized Saturday for using a homophobic slur after he missed a shot.

A microphone picked up Thomas using the slur after he didn't land a putt during the third round of the Sentry Tournament of Champions in Hawaii.

“There’s absolutely no reason for me to say anything like that. It’s terrible,” Thomas told the Golf Channel after the game. “There’s just no excuse.”

Thomas, who could not be immediately reached Sunday, told the Golf Channel the comments do not reflect who he is, said he is “very apologetic.”

“As he expressed after his round, we agree that Justin’s comment was unacceptable,” the PGA said in a statement Sunday.

The Human Rights Campaign, nation's largest LGBTQ rights group, condemned the slur. "This type of discriminatory language causes real harm, and there is no place for it in sports. We must continue to work for greater inclusion and acceptance," the HRC's president, Alphonso David, said on Twitter.

Thomas, 27, is a former world No. 1 golf player and has won more than ten PGA tours.