Goldsboro, N.C. — A Goldsboro apartment was evacuated after a pipe burst, flooding the building overnight.

Many residents of the Waynesborough House, which has about 85 unites, said they were woken up by police telling them they had to leave their homes.

JC Davis said a Goldsboro police officer knocked on his door around 2 a.m., telling him he needed to go to the lobby because the building was flooding.

“There was water everywhere coming down,” he said.

Residents told WRAL News they thought the roof had collapsed, but David Wells, the building's owner, said the roof hadn't been damaged.

Wells said the sixth, seventh and eighth floors flooded when a 1.5-inch pipe burst in the middle of the night.

Joyce Parks, another resident, said evacuating was stressful because many people there use wheelchairs and walkers.

"It was frightful, but they did the best they could to get us out,” she said. 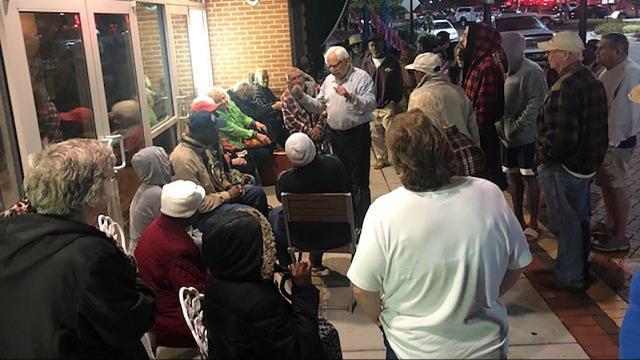 Later in the morning, Starbucks brought residents coffee, and the Red Cross passed out breakfast.

Many residents said they were in good spirits.

“We’re a family,” said Joyce Lane, who's lived in Waynesborough House for 10 years. “We live together, we love together, we pray together. I’m glad this is my home.”