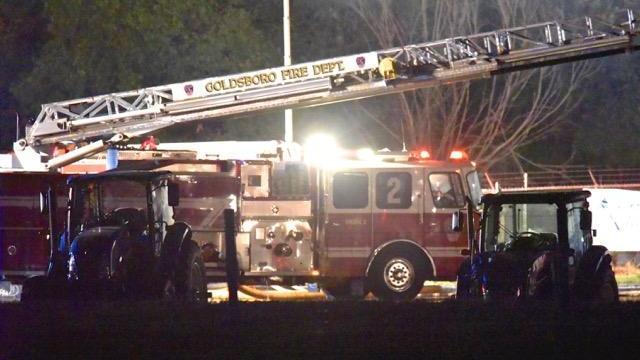 Goldsboro, N.C. — Firefighters were called to the Aycock Tractor Company in Goldsboro Tuesday night, according to fire officials.

Officials said the fire broke out at about 6:30 p.m. in an office area of the building. No one was injured in the blaze.

The cause of the fire and the extent of the damage was not immediately available.