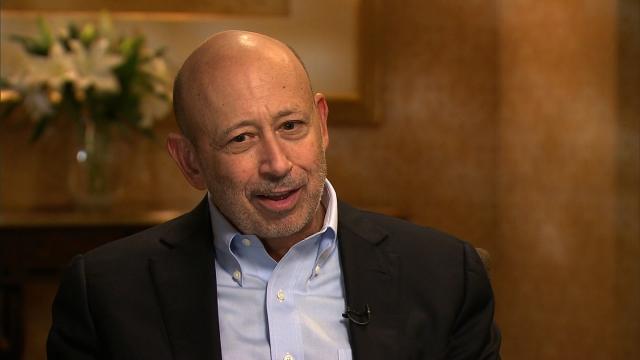 Goldman confirmed that Blankfein is one of a number of business leaders who will accompany Trump next week as part of a business delegation to Asia. Two days of events are planned, according to the company.

Trump will be there from Friday through Nov. 14. In addition to China, he also plans to visit Japan, South Korea, Vietnam and the Philippines.

The White House has said that economic cooperation is one of the trip's key themes. While in Vietnam, Trump is set to attend the Asia-Pacific Economic Cooperation, or APEC, summit.

Blankfein has publicly opposed Trump on a number of key issues since the president took office.

He opposed Trump's initial travel ban back in January. In June, in his first-ever tweet, he slammed Trump's decision to exit the Paris climate pact. And he spoke out on the need to preserve DACA in September.

CEOs have been wary of partnering with Trump since the president's two business councils dissolved in August. Many business leaders objected to Trump's insistence that violence at a rally of white supremacists in Charlottesville was perpetrated by many sides.