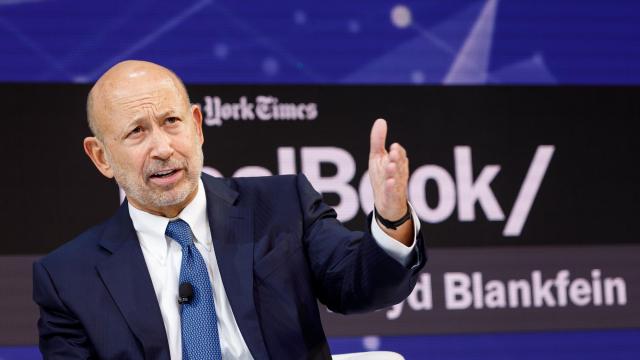 One day in December 2012, a young Malaysian VIP entered the gleaming headquarters of Goldman Sachs in New York. The man, Jho Low, a financier with close ties to Malaysia’s prime minister, was there for a private meeting with one of the most powerful people on Wall Street: Goldman’s longtime chairman and chief executive, Lloyd C. Blankfein.

Nearly six years later, Low is an international fugitive, accused of being the mastermind in a multibillion-dollar fraud involving a Malaysian government investment fund. Goldman’s role in supporting the fund, known as 1 Malaysia Development Berhad, or 1MDB, has brought intense scrutiny from federal prosecutors, who this month unsealed criminal charges against two former Goldman investment bankers and implicated a senior executive.

The meeting between Low and Blankfein, described to The New York Times by three people familiar with it, shows the expanding scope of a scandal that is rocking Goldman. Federal prosecutors are examining the 2012 meeting as they conduct a criminal investigation of the bank, two of the people said. And the existence of a face-to-face meeting between Goldman’s chief executive and the man accused of being at the center of a sprawling fraud undercuts an argument the bank has made: that its problems stem from the actions of a small number of rogue employees.

The 2012 meeting at Goldman headquarters, which took place in mid-December, was one of at least two occasions on which Blankfein was in a room with Low, but it was the only time that the Malaysian financier had a personal audience with the Goldman chief executive. Two of the people familiar with the 2012 meeting said that it was a one-on-one sit-down.

A Goldman spokesman, Jake Siewert, said Blankfein had a meeting with Low on Dec. 14, 2012, but that it was also attended by Mohamed Ahmed Badawy Al-Husseiny, who ran an Abu Dhabi investment fund, Aabar. “Mr. Blankfein had an introductory, high-level meeting in December 2012 with the CEO of Aabar, which was an existing client of the firm,” Siewert said. “At Aabar’s request, Mr. Low accompanied the CEO to that meeting.”

After this article was published online, Siewert added: “Mr. Blankfein does not recall any one-on-one meeting with Mr. Low, nor have we seen any record to suggest such a meeting occurred.”

In the lawsuit filed Wednesday, Husseiny’s former employer accused him of accepting bribes related to 1MDB deals; he was also named in a 2016 civil proceeding that federal prosecutors filed to try to recover some of the money looted in those deals.

Blankfein’s tenure as chief executive ended on Oct. 1, but he remains chairman of the bank’s board of directors. He is scheduled to cede that job and to assume an honorary boardroom role effective Jan. 1.

In the three years before the 2012 meeting, the bank’s compliance staff had repeatedly rejected Low’s attempts to become a Goldman client because it was unclear how he had amassed his wealth. But when Blankfein’s aides sought information about Low in preparation for the meeting, a senior investment banker in Asia praised Low and did not mention the compliance concerns, according to a person who has reviewed internal Goldman emails about the meeting.

Nor did the compliance red flags stop the bank from doing extensive business with 1MDB, which Malaysia’s prime minister had set up in 2008 ostensibly to invest in infrastructure and other projects to improve Malaysians’ daily lives. Goldman ultimately helped 1MDB sell more than $6 billion in bonds to investors, earning about $600 million in fees.

Prosecutors in Malaysia and the United States have accused Low of looting hundreds of millions of dollars from 1MDB for himself and the friends and family of former Prime Minister Najib Razak. Voters ousted Najib this year, and Malaysian authorities charged him and his wife with embezzlement. The couple have denied wrongdoing, and through his lawyers, Low has maintained that he is innocent.

The 1MDB bond deals were arranged in large part by a senior Goldman banker in Asia named Tim Leissner. He also facilitated the meeting between Low and Blankfein, according to the three people familiar with the meeting. Leissner pleaded guilty in August to bribery and money-laundering charges in connection with the 1MDB bond deals. From the start, Goldman’s relationship with 1MDB unsettled some bank employees, according to interviews with current and former Goldman officials and a person involved in government investigations into the bank. They spoke on the condition of anonymity because of the criminal investigation.

Goldman’s internal compliance team, known as the business intelligence group, had repeatedly blocked Low from opening an account with the bank’s elite private client group, citing concerns about the source of his money, according to court documents filed by federal prosecutors. The compliance team also identified Low as someone Goldman should avoid working with on any 1MDB transactions, according to the court documents.

In March 2012, Goldman agreed to help 1MDB sell $1.75 billion in bonds. The bank stood to collect fees representing about 10 percent of the deal’s value. It was a huge win for Goldman as it sought to make inroads in Asia.

“This fund was dodgy from the beginning,” said John Pang, who once worked for Najib’s government and was an adviser on a deal that Leissner and Goldman worked on. “There is no excuse for not knowing this fund had to do with Najib’s political patronage and his election plans. This was an open secret.”

Low’s name did not appear on the 1MDB bond deal, but Leissner said in his recent plea deal that the financier was a key intermediary in negotiating the transaction with Goldman. Leissner said that he ignored warnings from the bank’s compliance team about Low and that he lied to Goldman officials who asked him whether Low was involved.

Leissner and Low frequently attended events and parties together, including a blowout Las Vegas event in November 2012 where they mingled with supermodels and actors such as Leonardo DiCaprio.

Inside Goldman, some executives were worried about the bank’s work on the 1MDB deal. David C. Ryan, who was Leissner’s superior in Asia, voiced concerns that Goldman had landed the lucrative assignment without having to compete against other banks, according to four people familiar with his thinking. The unusual no-bid contract struck Ryan and other Goldman executives as possibly too good to be true, the people said.

After the first 2012 bond deal was completed, Ryan argued to colleagues that Goldman should reassess, and potentially end, its relationship with 1MDB, the people said.

But Leissner was soon pitching his superiors on a second 1MDB bond issuance, which the Malaysian fund again was offering to Goldman exclusively.

The assignment had to be vetted by a pair of internal Goldman committees whose mandates were to ensure that the bank did not get involved in deals that could hurt clients or put the bank and its reputation at risk, according to court documents.

The committees — made up of senior Goldman executives, including Stephen M. Scherr, who is now the bank’s chief financial officer — approved the 1MDB transaction. Goldman had long been weaker than its rivals in Asia, especially when it came to earning fees by issuing debt for clients. Goldman executives hoped the 1MDB bond deals would pave the way for other business with Malaysia, according to the current and former Goldman employees.

The second bond sale took place in October 2012. Before long, a third was being planned.

Around that time, Blankfein’s staff received a request for a private meeting with Low. Three years earlier, Blankfein had attended a meeting with Low and the prime minister, Najib, but it was mainly billed as a chance for Blankfein to meet the government leader and his associates, according to people familiar with the matter. Goldman officials have said it was possible Blankfein did not interact with Low at that gathering.

When Blankfein’s aides weighed the request for the 2012 meeting, they went to Leissner to see if Low merited an audience with the chief executive, according to the person who reviewed the Goldman emails.

Leissner vouched for Low. Days later, Blankfein and Low sat down and discussed investment opportunities in Southeast Asia, according to two people familiar with the meeting. The 1MDB fund was not on the agenda, and there is no indication that the men talked about the planned third bond sale.

In March 2013, Goldman was prepared to start work on a third 1MDB deal, this one to raise $3 billion by selling bonds. Ryan urged his colleagues to postpone it until after an election, in which Najib was vying for another term as prime minister, according to the people familiar with Ryan’s thinking.

The bond sale went ahead despite Ryan’s objections. It brought Goldman’s total fees from 1MDB to about $600 million. Najib was re-elected six weeks later.

Ryan left Goldman in 2014, partly because he was frustrated that his concerns about the 1MDB deals were not heeded, the people said. Ryan did not respond to requests for comment.

Prosecutors have described Goldman bankers as playing a crucial role in enabling Low’s activities. The Justice Department charged Leissner and his deputy, Roger Ng, with violating bribery and money-laundering laws. The charging documents, unsealed in federal court on Nov. 1, referred to an unidentified Goldman executive as an unindicted co-conspirator who approved of the alleged bribery. People familiar with the matter said that executive was Andrea Vella, who was Goldman’s co-head of Asian investment banking. The bank suspended him the same day that prosecutors unsealed the criminal complaints.

David M. Solomon, who recently succeeded Blankfein as Goldman’s chief executive, sent a voicemail message to all bank employees last week, telling them how upset he was about the situation.

“I am personally outraged that any employee of the firm would undertake the actions spelled out in the government’s pleadings,” he said. “A group of people, including some of us in the executive office, are intensely focused on this matter.”