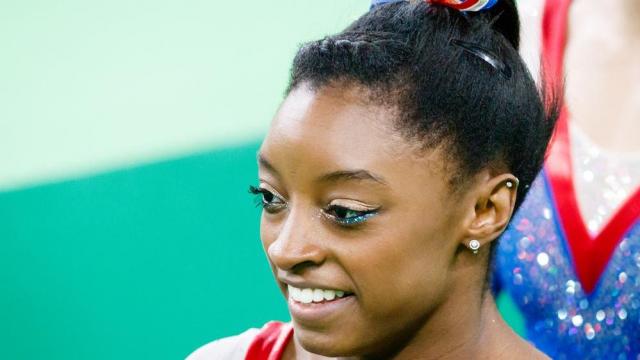 On Friday, the United States Olympic & Paralympic Committee announced the winners for the 2019 Team USA Awards, recognizing the outstanding achievements of Team USA athletes, teams and coaches in eight categories.

Unsurprisingly, 22-year-old Simone Biles, a five-time world all-around champion gymnast, walked off with the title of Female Olympic Athlete of the Year.

Biles won five gold medals at the 2019 FIG World Championships – more than any gymnast at a single worlds since 1958 – improving her career total to 25 world medals, two more than any gymnast in history. During the competition in Stuttgart, Germany, she completed two skills never performed by a female gymnast in competition: a double-double dismount on beam and a triple-double on floor, which will be named in her honor. She also became the first woman since 1952 to win a sixth U.S. all-around title.

The U.S. Women’s National Soccer Team went undefeated at the 2019 FIFA Women’s World Cup, earning a historic 13-0 victory against Thailand and winning its second straight – and fourth overall – World Cup title, the most of any nation. Team co-captain Megan Rapinoe became only the second American to win the Golden Boot award after scoring a tournament-high six goals – including the game-winning goal in the final – and also earned the Golden Ball as the tournament’s most valuable player.

The year-end celebration also recognized six-time Olympic champion Amy Van Dyken with the Jesse Owens Olympic Spirit Award, which recognizes an individual who has served as a powerful force for good in society, inspiring others by contributing to a better world, uniting people or leading a cause.

Jesse Owens’ grandson, Stuart Rankin, was on hand to present the award in a moving tribute to the U.S. Olympic & Paralympic Hall of Fame swimmer, who has dedicated herself to improving the lives of people with spinal cord injuries following her severe ATV accident in 2014.

Through the Amy Van Dyken Foundation and Amy’s Army, her Wheels for Kids initiative raises money to provide wheelchairs for children in need, allowing them better movement and freedom.

The four athletes and two team award winners were determined by online fan voting at TeamUSA.org/Awards, where more than 525,000 fan votes determined 50 percent of the final tally. Members of the Olympic and Paralympic community – including representatives from each member sport organization and an esteemed panel of Olympic and Paralympic journalists – accounted for the other 50 percent.

Athletes and teams considered for the Best of the Year were finalists for Best of the Month honors, dating back to the fall of 2018 and coinciding with the sport calendar.

For more information on the Team USA Awards, including the full list of 2019 finalists, visit TeamUSA.org.