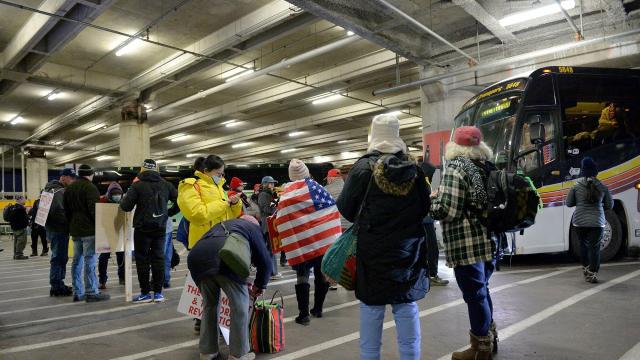 CNN — GoFundMe will no longer allow people to fundraise for travel expenses used for potentially violent political events after pro-Trump protesters used the platform to rake in cash ahead of storming the US Capitol.

The company will "continue to remove fundraisers that attempt to spread misinformation about the election, promote conspiracy theories and contribute to or participate in attacks on US democracy," the spokesperson said.

The online fundraising company joins a long list of corporations that are making statements in an attempt to take action against the violence. Payment company Stripe will no longer process Trump campaign donations, and Airbnb announced Monday that people who are associated with violent hate groups were removed from the platform. The home-sharing company also canceled reservations and removed accounts associated with hate group members, including the Proud Boys.

GoFundMe has also been used for good during this chaotic and violent time. People used the platform to raise money for Officer Brian D. Sicknick's family. Sicknick died on January 7, following injuries sustained during the the Capitol siege on Wednesday.