At least 13 people, including the bus driver, were examined or treated for injuries following the crash, which occurred after 3:30 p.m. at North Pettigrew and East Edenton streets. At least one person was rushed for medical care to WakeMed although the extent of that patient's injuries was pending.

It was not immediately clear how the accident occurred, but images from the scene showed that the bus appears to have collided into the driver's side of the red pickup. 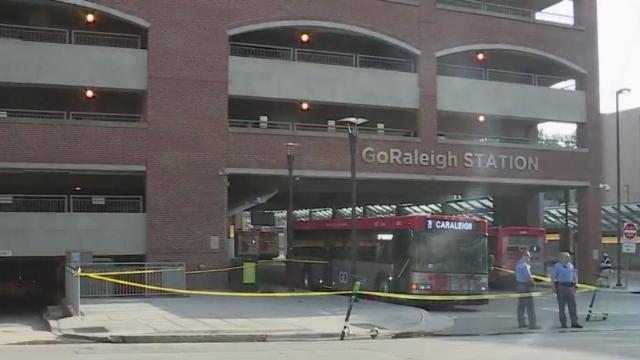 The accident occurred just as the afternoon rush hour commute was shifting into high gear. Motorists were urged to consider alternate routes while police investigated the accident.

Investigators said there was a liquid leaking from the bus but it was unknown if it was fuel or a hazardous liquid. The front windshield of the bus was also virtually destroyed during the crash.

Police have not yet said if anyone was cited in connection with the incident.