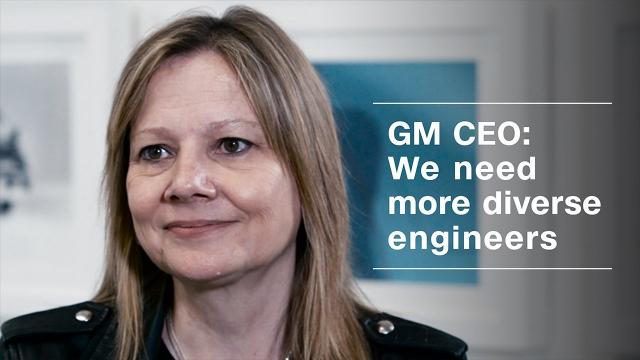 NEW YORK (CNNMoney) — General Motors has been red hot lately -- perhaps too hot. Goldman Sachs downgraded the auto maker's stock to a rare "sell" rating Monday, arguing that GM has benefited from too much hype about electric vehicles and self-driving cars.

The Goldman analysts argue that GM is doing a good job of promoting its strategy for producing more autonomous and electric cars. But that's helped lead to a big, and unsustainable, spike in GM's stock lately, according to Goldman.

Although shares of GM fell nearly 3% after the Goldman ratings cut Monday, the stock is still up 25% this year and is near its highest levels since the "new" GM emerged from its taxpayer funded bankruptcy and began trading again in 2010.

These are still the early stages for electric cars. And there might be too much hoopla -- and also a lot of competition from the likes of traditional rivals Ford and Toyota as well as upstart Tesla.

The Goldman analysts think that even though regulators would love to have fewer gas-guzzling cars on the road, the costs of owning an electric vehicle may be too high for many drivers unless there are more government subsidies and incentives for them.

"While pursuing battery electric vehicles early likely helps in the long-run for tightening emissions regulations, we continue to believe that high battery costs make these vehicles unappealing to the consumer," the Goldman analysts wrote in a report.

Goldman Sachs is pretty bearish on Tesla too though -- and that has turned out to be a bad call so far. The investment bank that many refer to as the Vampire Squid, downgraded Tesla to a "sell" in late February -- and Tesla's stock has gained 25% since then.

Still, the Goldman analysts also think GM is getting too much attention for its autonomous vehicles plans. Many investors seem excited by the notion that in the future there will be armies of self-driving cars available for ridesharing.

The Goldman analysts worry that "the market appears to have already rewarded GM for its self-driving car plans and also that "current industry ride-hailing models are generally unprofitable."

The bigger concern though? Prices for autonomous cars, especially ones made for ridesharing, could fall even further due to intense competition.

In addition to the threat from other big car companies, Uber is expected to be a big player in self-driving cars, as are the Alphabet-owned Waymo as well as Apple. The Goldman analysts even warned of a "deflationary environment" in the market.

The Goldman analysts also think GM will face more competition in the truck market from Ford as it revamps its F-series line, and that SUV and crossover prices may fall as the entire auto industry looks to produce more of these larger vehicles.

While price wars may be music to the ears of consumers, they rarely turn out well for investors.