GM's restructuring was tough. Ford's could be even harder 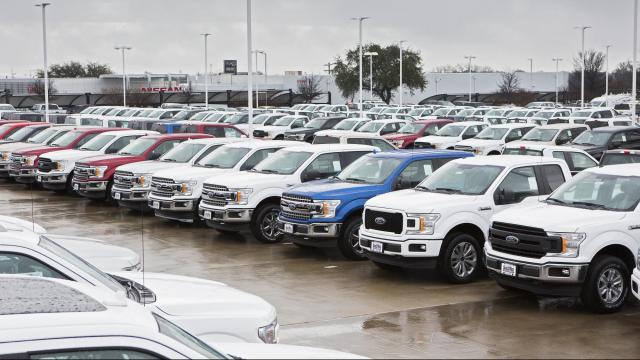 (CNN) — General Motors has already announced plant closings and big job cuts. Ford could be next.

Ford (F) said this summer that it was planning to radically reshape its business, and could close or scale back unprofitable operations in some regions. It said it would spend up to $11 billion on the transformation.

The company has revealed little detail about its plans. Adam Jonas, the auto analyst at Morgan Stanley, said he believes Ford is preparing to slash 25,000 jobs worldwide. He expects that most of the cuts will be in Europe, where Ford has long struggled, but he said North American plants and workers won't be spared.

Like GM, Ford is reinventing itself to compete in an industry undergoing radical change. Both GM (GM) and Ford have said they need to cut costs to invest in the next generation of vehicles, such as self-driving and electric cars.

"There are bigger forces at work driving global [automakers] to rethink the fundamental idea of supporting increasingly obsolete segments, propulsion systems, and geographic regions," he wrote in a research note.

Ford issued a statement on Tuesday saying the "actions will come largely outside of North America."

"This includes the targeted and thoughtful approach we are taking to the redesign of our global salaried workforce," Ford said. "All of this work is ongoing and publishing a job-reduction figure at this point would be pure speculation."

Ford's sales in the United States are down about 3% this year. It has announced plans to stop selling traditional sedans in North America other than its iconic Mustang, given the shift in customer preference towards SUVs and pickups.

The company said last week that it would cut some shifts and 1,150 hourly jobs at two plants, one in Kentucky, one in Michigan. But it also announced it was adding 1,000 jobs at two other nearby plants, and said that all hourly workers whose current jobs were being eliminated would be offered jobs at another Ford plant.

GM announced plans last week to close a number of plants worldwide including four in the United States and one in Canada. It will also cut about 8,000 white collar jobs. Taken together, those moves are expected to slash 14,000 jobs in North America.

While GM said it will offer many of its laid-off hourly workers new jobs at different plants, critics including President Donald Trump have taken the company to task for cutting jobs at a time of strong profitability.