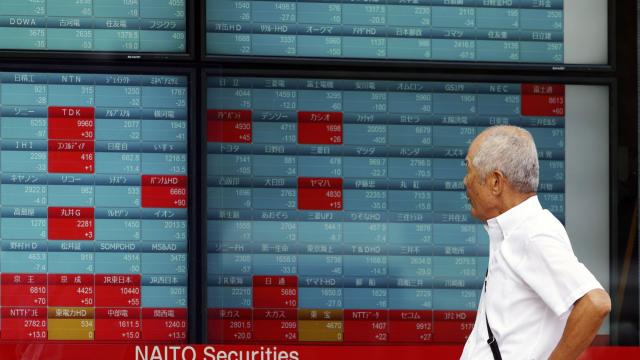 By Laura He, CNN Business

Oil-related stocks around Asia posted big gains after a reported explosion damaged an Iranian oil tanker in the Red Sea, stoking fears about increased tensions in the region and potential disruption to oil supply.

President Donald Trump said Thursday in the United States that the first day of high-level trade talks with China was going "very well." Officials later said there was better-than-expected progress during the discussions.

People close to the talks expect the momentum to continue Friday when Trump meets Chinese Vice Premier Liu He in the Oval Office.

Officials familiar with the talks say possible outcomes will likely fall short of a sweeping, comprehensive trade deal that Trump has called for. But smaller deal could include new currency agreements, Chinese commitments on farm purchases and a halt on US tariffs that are due to increase next week.

Separately, China's state-run Xinhua News Agency reported late Thursday that Liu told several US business officials in Washington that he came to the United States with "great sincerity" for the talks. Xinhua reported that Liu is eager to discuss issues such as trade balance, market access and investor protection.