The coronavirus is still rattling markets around the world 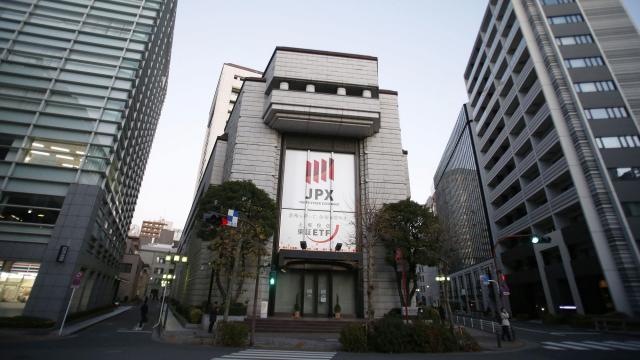 By Laura He and Charles Riley, CNN Business

While some stock indexes in Asia rebounded Tuesday after a very rough start to the week, others continued to slide, with negative momentum carrying over to Europe and Wall Street.

In Japan, where markets were closed Monday for a holiday, the benchmark Nikkei 225 index plunged 3.3%. Australia's S&P/ASX 200 ended down 1.6% on Tuesday, while China's Shanghai Composite dropped 0.6%.

European markets dipped slightly in early trading and the losses accelerated later in the day. The FTSE 100 dropped nearly 2% in London while Germany's DAX shed 1.9%.

The showing followed a terrible day for US stocks on Monday. The Dow closed down 1,032 points — a 3.6% drop — for its worst day in two years. The S&P 500 and Nasdaq Composite each ended the day down more than 3%, too.

Oil prices also tumbled Monday — US oil settled 3.7% lower at $51.43 per barrel, while the global benchmark Brent crude settled 3.8% lower at $56.30 a barrel. Both markets lost more ground on Tuesday.

The coronavirus outbreak has been raging for weeks, particularly in mainland China where the vast majority of the more than 80,000 confirmed cases have been recorded. But the emergence of hundreds of cases in two major economies outside of China — South Korea and Italy — have dashed hopes of a speedy recovery from the epidemic.

The virus has already wreaked havoc on global supply chains and hit company profits. Major American companies are also starting to update their revenue outlooks because of the disease.

There were a few bright spots in markets on Tuesday. South Korea's Kospi closed up 1.2% after shedding nearly 3.9% on Monday, its worst day since October 2018. Hong Kong's Hang Seng Index also closed 0.3% higher following a 1.8% decline on Monday.