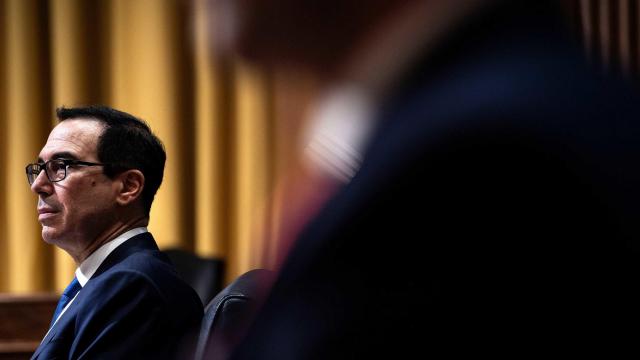 CNN — An interest rate cut by the US Federal Reserve on Tuesday could be followed by similar action in other leading economies around the world to limit the damage from the coronavirus outbreak.

The Fed's first emergency action since the global financial crisis was announced just hours after finance officials from the seven largest advanced economies said they were ready to act to soften the blow to businesses and households.

Investors had expected the Fed to cut its benchmark interest rate by half a percentage point, but not until later this month. The US central bank said the surprise move was a response to the "evolving risks to economic activity" posed by the continued spread of the virus outside China.

Speaking after the US rate cut, Powell indicated other central banks could follow with action of their own. Analysts say the European Central Bank and the Bank of England could cut rates when they meet later this month.

"We expect similar efforts by monetary authorities around the world, with many governments also likely stepping in with fiscal stimulus as well," Atsi Sheth, chief credit officer for the Americas at Moody's Investor Service, said in a research note.

The market response to the G7 statement earlier Tuesday was muted because it did not outline coordinated monetary policy moves on rates or fiscal policy. Capital Economics said the statement added "little to what we had already heard from national central banks and governments."

"This is a disappointment compared to previous hopes of an immediate and coordinated fiscal package and interest rate cut," the firm's analysts wrote in a research note.

Stocks had rallied sharply Monday, rebounding from their worst rout since the global financial crisis last week on hopes that governments and central banks around the world would move quickly to prevent fallout from the epidemic causing a deep economic downturn. European stocks held onto slim gains at the close Tuesday.

Analysts at Deutsche Bank said earlier Tuesday that G7 countries would need more time to settle on a "truly" coordinated response to coronavirus. Sebastien Galy, a strategist at Nordea Asset Management, had also played down the chances of a coordinated monetary response at this stage because the G7 economies face different threats from coronavirus.

There have now been more than 90,000 confirmed cases of coronavirus worldwide, with infections on every continent except Antarctica. The virus has killed over 3,100 people as it spreads. South Korea has over 5,100 cases and 29 deaths. Six patients have died in the United States.

The Organization for Economic Cooperation and Development warned Monday that global economic growth could be cut in half this year if the outbreak continues to spread. It called for an immediate response to contain the outbreak, recommending that governments increase spending and central banks implement policies to help cushion the blow from the virus.

Some central banks in smaller economies have already cut rates, while others have sought to reassure investors that they're prepared to limit the economic fallout.

The Bank of Japan has said it would provide "ample liquidity" to keep financial markets stable, and the European Central Bank on Monday said it stands "ready to take appropriate and targeted measures." Mark Carney, the governor of the Bank of England, said Tuesday that the central bank would take "all necessary steps to support the UK economy and financial system" through an economic shock "that could prove large but will ultimately be temporary."

But questions remain about how much policymakers can really do to mitigate the coronavirus shock to the economy, raising the possibility that any stabilization in markets will be short-lived. Interest rate cuts, analysts suggest, are not the best way to fight a global health crisis.

Central banks also have far less ammunition to deploy than they did a decade ago. Interest rates are already at or near record lows, and central bank balance sheets have swollen by trillions of dollars during years of asset purchases, limiting the options to create even more cheap money.